Hisense at CES: Affordable and Feature-Packed 4K TVs for HTPCs 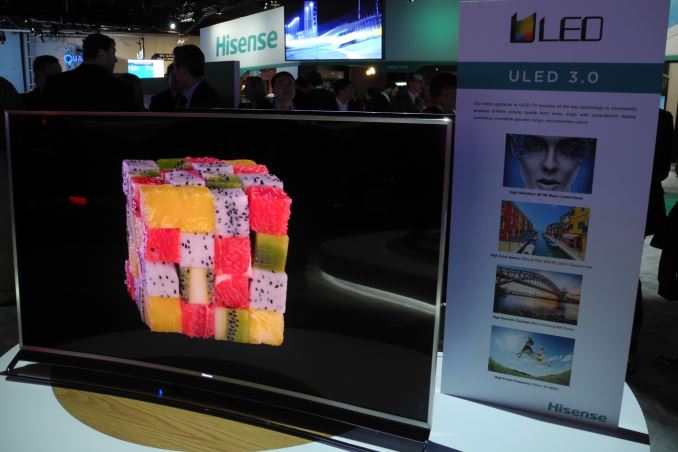 We usually don't cover televisions in detail here at AnandTech. However, the current flux in the market when it comes to 4K displays for HTPCs made CES 2016 an interesting destination for us to look at what vendors will be offering in the near future. Consumers looking for the best possible picture quality and not concerned about the price have a number of models to choose from in the Smasung SUHDTV series and the Sony XBR series TVs.

Vizio and Hisense 4K TVs are perfect for those on a tight budget. However, a limited budget also means that one can't afford to be an early adopter and be stuck with an outdated television early on. In June 2014, we covered the launch of the Hisense 50H7GB 4K TV. In that article, we covered the minimum features that a 4K HTPC display needed to support in order to not become obsolete within a couple of years. The 50H7GB 50" 4K TV was launched at $600. It supported HDMI 2.0 and HDCP 2.2, with the only disappointing factor being the absence of HDR capabilities. Consumers considering this model obviously have price, and not picture quality, at the top of their purchase factors. In late August 2015, Hisense had launched the H10 series ULED TV with full-array local dimming and quantum dot technologoy for a wider color gamut (the 65" model is currently available for $2500).

At CES 2016, we stopped by Hisense's booth to get an idea of what they had in store for consumers over the rest of the year and what they are working on for future products. The good news is that all the four 4K TV lineups get updated with HDR processing capability - the H7, H8, H9 and H10.

It is exciting to see that HDR is making an appearance at mainstream price points. However, wider color gamut is absolutely essential to better appreciate the right 4K content. It might be worthwhile to take a look at the complete specification sheets of the above models before making a purchase decision. Important aspects to track down would be the panel type and panel bitwidth, color gamut coverage and black levels.

Hisense believes that there is a big tussle going on between ULED technology and OLED. To give consumers their perspective, they had the same clip running on a ULED TV as well as an OLED TV side by side in their booth. 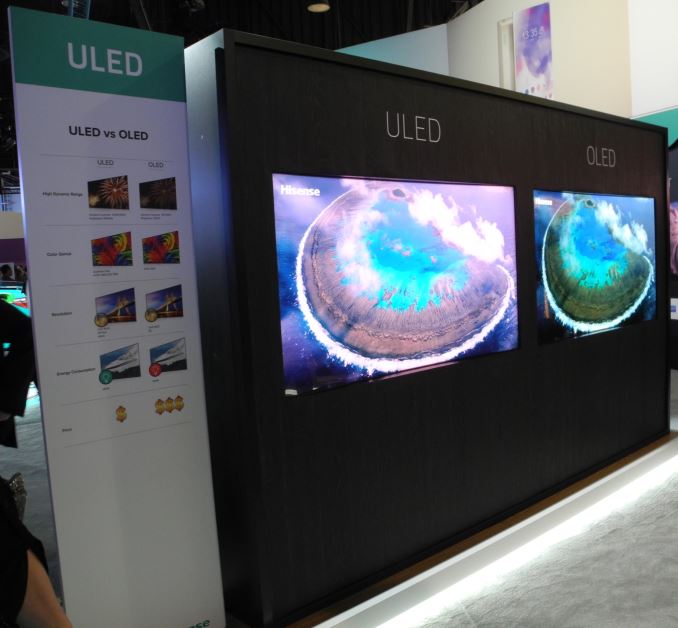 To be frank, the OLED TV playback was more pleasing to the eye. However, a side chart indicated that OLEDs have trouble reaching brightness levels that can be achieved via ULED technology. In addition, the quantum dots technology being used in ULED TVs can deliver 106% of the NTSC color gamut, while the best OLEDs can only reach 85% of the NTSC color gamut. While the ULED TV on display was consuming 280W, the equivalent sized OLED TV was consuming 500W. Finally, the OLED TV on display currently costs three times as much as the ULED TV. It would be nice if ULED TVs could further evolve to get some of the more desirable features of OLED TVs - particularly in terms of black levels.

Looking further into the future, Hisense also had a static demo of a 8K model in their booth. Other than the resolution (7680x4320), there was no other information about the television or expected release dates. 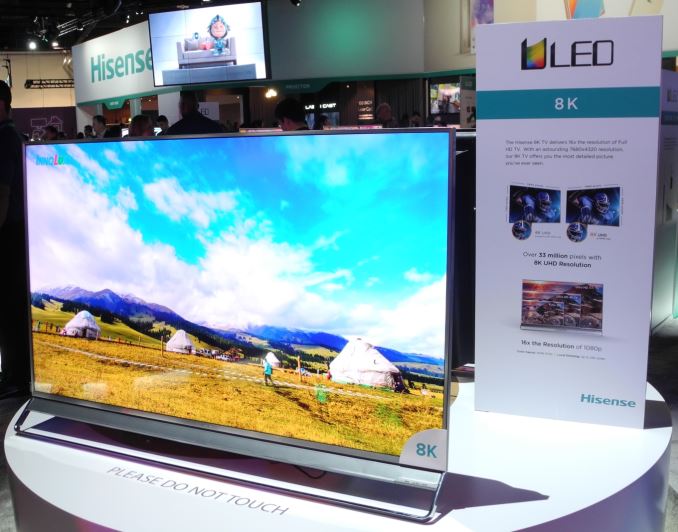 As part of their press releases, Hisense also indicated that the Sharp brand is going to be alive and well, and will be around as a premium brand. The N9000, a 70" flat-screen 4K TV with other specifications similar to the H10 series, will come to the market in July for $3000.