Our collective wishes have been granted by the fine folks at NVIDIA: you can now buy a notebook with high-end graphics that supports Optimus and thus is capable of offering excellent battery life. NVIDIA is refreshing their GeForce GTX 460M into the GTX 560M, bringing higher clock speeds and improved performance.

Actually, we need to thank their notebook partners and Intel as much as NVIDIA, as the reality is that all the 400M series had the potential for supporting Optimus. The problem is that nobody wanted to pair a GTX graphics chip with a dual-core Arrandale CPU, and the previous generation Clarksfield quad-core CPUs lacked the requisite IGP. With Sandy Bridge, all the necessary pieces were in place, but the initial roll-out of quad-core SNB notebooks yet again missed out on the combination of high-end mobile GPUs, high-end CPUs, and Optimus. With notebook manufactures refreshing their designs yet again, it's time to fix that omission. 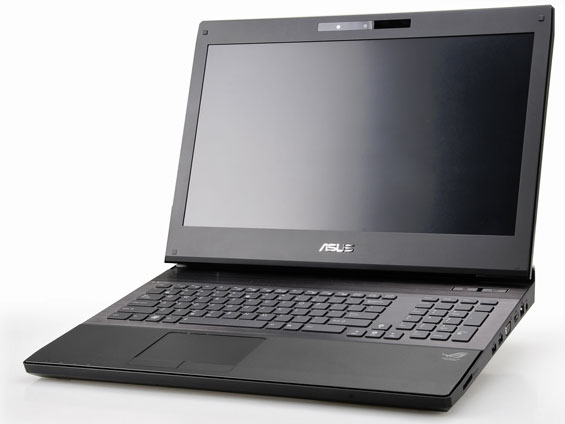 The impending ASUS G74Sx will be powered by the GeForce GTX 560M.

Before you get too excited, keep in mind the 460M and 560M are based on the same chips that power the desktop GeForce GTS 450 and GTX 550 Ti, and in standard mobile fashion they're also clocked lower than their desktop cousins. That means 192 CUDA cores, and NVIDIA specifies a memory bus "up to 192 bit". Core clock is specced at 775MHz (compared to 900MHz on the GTX 550 Ti), with shaders at 1550MHz. GDDR5 is employed, running at an effective 2.5GHz. Putting things in perspective, the GTX 560M ends up being a 15% clock speed bump from the previous GTX 460M (you can see how such notebooks perform in our recent head-to-head), with the same amount of memory bandwidth.

The lack of additional memory bandwidth could be a problem at high resolutions with all the detail settings turned up, but 1080p without anti-aliasing should be doable on most games at >30 FPS. The big news is that with GTX 560M notebooks, customers will finally have options where they can get a GTX class GPU with support for Optimus. With the combination of Optimus and the improved power consumption of Sandy Bridge quad cores, we could be looking at a new generation of mobile gaming machines that can actually run off the mains (though not while gaming obviously), and it's a compelling story—and if you go for this sort of thing, you can also get 3D enabled 1080p displays as well.

Here's where we have to curtail our enthusiasm. NVIDIA provided a list of upcoming GTX 560M notebooks, and as always the specific implementations are up to the notebook vendors. What does that mean? ASUS has the G53Sx and G74Sx, with 2D and 3D versions, but neither notebook will feature Optimus support. MSI will have their updated GT683, which looks to be identical to the GT680R only with a 560M GPU—so no 3D or Optimus there either. The Clevo P150HM and P170HM, as well as the MSI GT780 will also be 2D offerings with no Optimus support. So if the big news is GTX 560M with Optimus, who's on board? So far, only Toshiba with their Qosmio and Alienware with an updated M17x—and the M17x will apparently offer customers the choice of Optimus or a 3D LCD, but not both. Finally, Alienware will also have an SLI GTX 560M with the gigantic M18x, if you're only concerned with maximum gaming performance.

NVIDIA provided the following notebook photos from their partners, though not all of the notebooks feature the GTX 560M.

NVIDIA also points out something we've been saying for a while now: their GTX mobile GPUs typically offer twice the performance of the mainstream GT offerings, and NVIDIA provides internal test results showing the GTX 560M outperforming the GT 540M by a large margin at 1080p in a variety of recent games. There's still the middle ground occupied by the GT 555M, but ultimately GTX will still be the desired GPU level if you want to play games at 1080p.

Less compelling but still mildly noteworthy, NVIDIA is refreshing the GeForce GT 520M with a slight speedbump to the GeForce GT 520MX. It keeps the same 64-bit memory bus and 48 CUDA cores as the GT 520M, but bumps the core clock up to a healthy 900MHz (and the shader clock by association to 1.8GHz), and the DDR3 goes up to 900MHz, 1.8GHz effective. The 520MX isn't particularly interesting from our perspective, but for people gaming at 1366x768 it should do in a pinch.

NVIDIA now has OEM wins across the board for its new 500M parts, with every major OEM now offering at least one laptop with Optimus (so we can finally remove HP from the list of holdouts). We're working to get review samples and we're also interested in checking out some of the updated notebook designs, but if you've been eying the sub-$1500 gaming notebook market, it's about to get a bit faster once more.