Sony Ericsson’s big news from Barcelona is obviously the Xperia Play, the mysterious and oft-rumoured PSP-phone. But they’ve also announced two new additions to the Xperia line - the Pro and the Neo. Between today’s new phones and the Xperia Arc from CES, SE has a complete stable of new devices to take on the rest of the smartphone world. 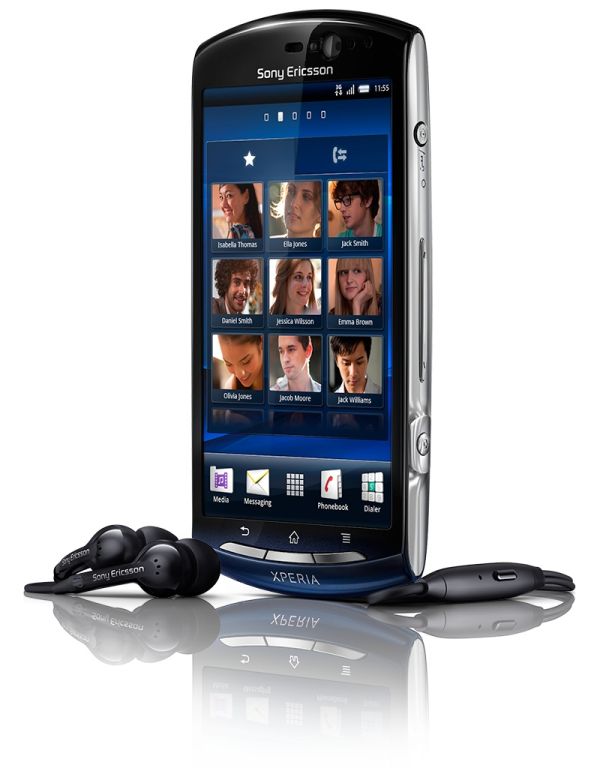 Interestingly, Sony has kept things very constant throughout the lineup; all three phones announced today run the same 1GHz Qualcomm MSM8255 processor and Adreno 205 GPU as the Arc, as well as Android 2.3 with Sony’s Timescape UI on top of it. In addition, all four devices have 854x480 resolution screens, which was likely done to keep the UI consistent across all devices regardless of screen size.

The Neo and Pro are a pair of 3.7” handsets that have nearly identical spec sheets. The Neo slots in beneath the Arc in the Xperia lineup, with a smaller display than the 4.2” Arc, though sharing the same Mobile Bravia Engine as it’s larger and (presumably) more expensive brethren (no pricing has been announced yet for either device). Both devices have an 8.1 megapixel camera with Exmor R, which is what Sony calls backside illuminated sensor technology. The Pro adds a landscape sliding keyboard to give the Xperia line a messaging-centric device, but is otherwise basically the same as the Neo.

But let’s talk about this PSP phone deal. They may be calling it the Xperia Play, but take one look at the slide-out gaming keypad, and you know what it really is. Overall, the design looks like a sleeker and more streamlined version of the PSP Go, with optical thumbpad analogs in the middle and the classic PlayStation action buttons. The underlying hardware is identical to the rest of the Xperia line, so the Play makes do with the 1GHz Scorpion core and Adreno 205. This is a pretty big statement about how far Qualcomm graphics have come since the Adreno 200 a generation ago. The Play has a 4” screen with the same FWVGA resolution as the rest of the Xperias, along with a 5.1 MP autofocus camera and Android 2.3. So the hardware is pretty standard, but the Play is the first PlayStation Certified device, so it will have access to PlayStation gaming content through Sony’s new PlayStation Suite. It’s a pretty impressive set up actually, with a long list of game developers and game titles available at launch. We’re talking Need For Speed, FIFA 10, Sims 3, Guitar Hero, Asphalt, Assasin’s Creed, and Splinter Cell. Between EA, Gameloft, Namco, Unity and all the other game developers, to go along with SCEA themselves, there’s going to be a lot of high quality games out for PlayStation Suite. If you’re into mobile gaming, Sony has just launched your ultimate device, no questions asked.

For the first time in a while, Sony Ericsson’s smartphone lineup has some clarity. There’s a high end smartphone in the Arc, a smaller and slightly downmarket version in the Neo, a messaging/email-centric device in the Pro, and then the gaming-focused Play. All four share similar hardware and software, but manage to effectively cater to different audiences.
Tweet
PRINT THIS ARTICLE
Comments Locked