Steve Jobs is the only CEO I know of who can stand on stage in front of the world and joke about how one of the products his public company makes is just a hobby. Apple’s stock doesn’t go down as a result, and the hype surrounding the aforementioned product only gets stronger. It’s well designed, it even seems affordable. The funny part of it all is Mr. Jobs isn’t lying. The Apple TV is a hobby, because without stepping on the toes of the content providers Apple can’t turn it into anything more.

It’s the first Apple device to use a micro USB connector. I’m not even sure why Apple bothers to include a USB port on this thing. You can argue that it’s for firmware updates but there’s also WiFi/Ethernet for that. I can’t help but think Apple wants you to hack this thing. Apple puts up a tall enough wall that it can safely argue to the content providers there’s no way a user can easily get pirated content over to the device. 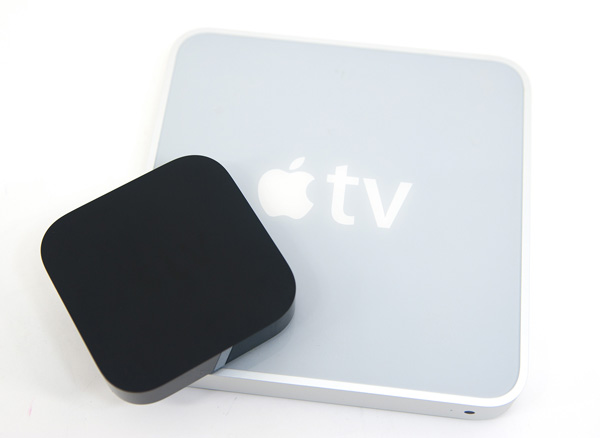 The new Apple TV is a lot like the old Apple TV, at least functionally. You get the same limitations and the same plays-well-with-others* behavior (if by others you mean Apple products and iTunes). Technically, the new Apple TV is a significant improvement over the original - it doesn’t get stupidly hot, it’s very compact and it’s a lot cheaper.

Inside Apple outfitted the new Apple TV with an A4 SoC (ARM Cortex A8, unknown frequency) and 256MB of memory. The memory is a bit disappointing but with a small enough OS footprint it should be fine for simply decoding video. It also helps Apple keep costs down as memory doesn’t grow on the trees of Cupertino. 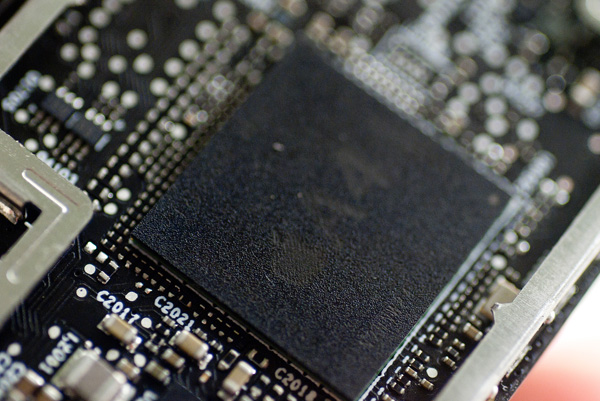 The original Apple TV used a hard drive. It was big, but slow and gave off a lot of heat. The new Apple TV has a single 8GB MLC NAND flash device. Read/write latency is more predictable and power consumption is negligible.

The entire device is far more power optimized than the original Apple TV. The original got uncomfortably hot, especially in an equipment shelf with little ventilation. Despite not having any fans and using the chassis as a really bad heatsink, the device never gets more than warm. The new Apple TV draws 2.5W under full load. It’s a smartphone in a box without the phone part. Unlike a smartphone it eats a good amount of power at idle - a whole 1.8W. I don’t think Apple even bothered to enable serious power management on the A4 in the Apple TV, it’s just not necessary. The plastic chassis is used as a heatsink and it barely gets warm to the touch, even after hours of use. 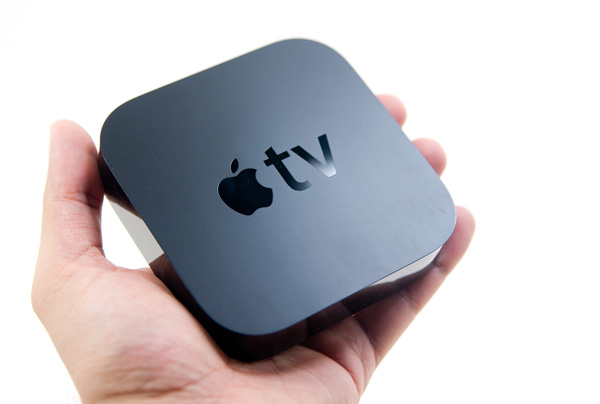 These are the things I like about the Apple TV. The device is small enough to put anywhere. It produces very little heat. It has all of the inputs/outputs that matter. HDMI, optical, power, 10/100 Ethernet and even micro USB for hac...upgrading firmware. There’s an integrated power supply and a relatively long black power cable. You get WiFi (802.11abgn) but you can’t use 802.11b for wireless video streaming. The Apple TV won’t remember more than one wireless password - despite its small size the new ATV isn’t designed to be ported around. 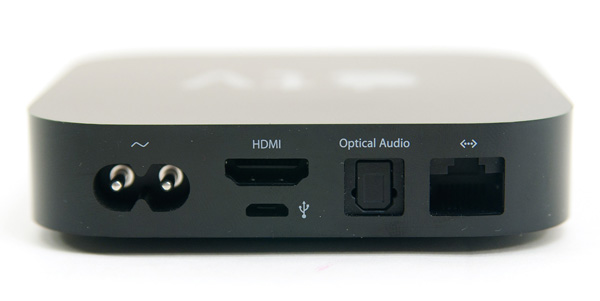 There’s still no on/off switch. It’s supposed to work as an appliance but the jailbreak community would probably appreciate a physical switch, it makes rebooting a lot easier. Apple has to maintain appearances.

Even the startup is improved from what originally shipped on the Apple TV. There’s no gaudy intro, just an Apple logo, a black screen and then a simple to use 10-foot-UI. It all works very well. 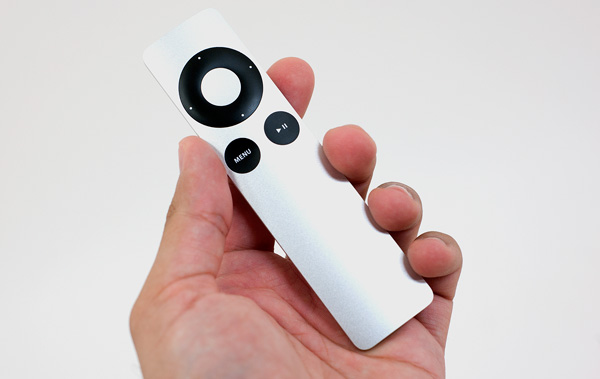 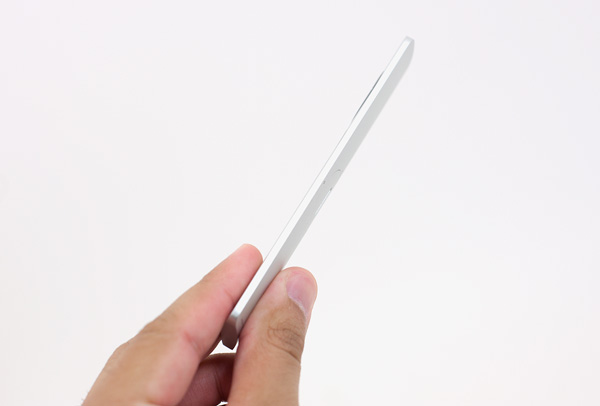 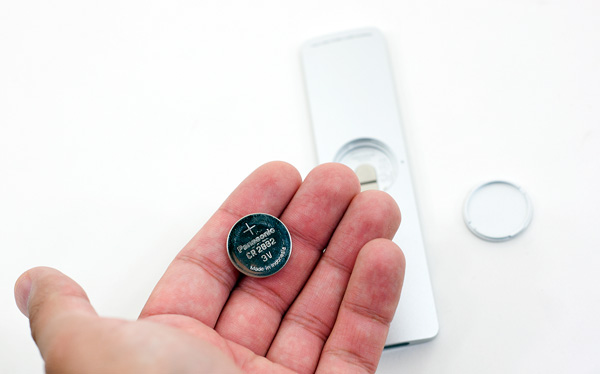 You control the Apple TV with this wonderful feeling but awkwardly long aluminum remote. It’s frustrating to use when you need to type in your email address or password (to type in your WiFi password, authenticate with the iTunes Store, or login to Netflix), but wait - Apple thought of that too.

Pull out your iPod Touch, iPad or iPhone and using the (free) Remote app you can use the virtual keyboard to do all of the typing on the Apple TV. The Remote app controls the Apple TV over Ethernet/WiFi, which is a blessing because the physical remote that ships with the device is IR only.

You can’t control volume via the remote so you’ll still need to pack at least one more in your arsenal. The UI responds very well although like the original Apple TV there are occasionally hiccups where the OS scheduler is tied up doing something other than letting you move through menus. In these cases the remote will be unresponsive for a few seconds (hopefully) and eventually you’ll get a burst of every input you’ve been tapping in happen all at once. The same thing happens on the iPhone from time to time, it’s just more unnerving on the Apple TV since there’s one degree of separation between you and the actual device. A multi-core version (or CE4100 with Hyper Threading, ala Boxee Box) would probably fix these issues, although they are admittedly rare. Most of the time you just scroll, point and play. 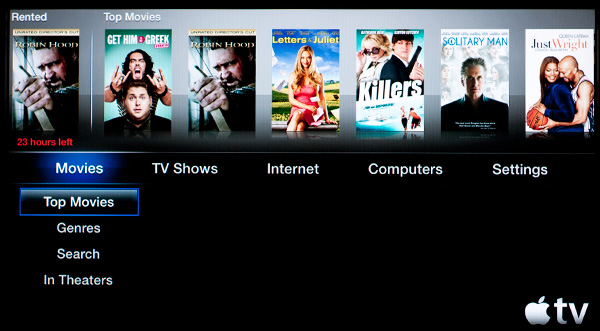 I can’t help but feel that with all of the simplicity, even Apple hasn’t been able to simplify getting everything to work together.

To grant your Apple TV access to your iTunes library you need to enable Home Sharing on both devices. You need to enable it on your iPhone as well if you want it to control your ATV/iTunes library. You’ll need to confirm the security code on your credit card before the Apple TV will let you rent your first title. These are all for your protection but they aren’t the sort of mild heartburn you’re used to hearing about with Apple products.

Minus the initial inputting of iTunes passwords, Home Sharing enabling and credit card authorizing the Apple TV is simple to use.