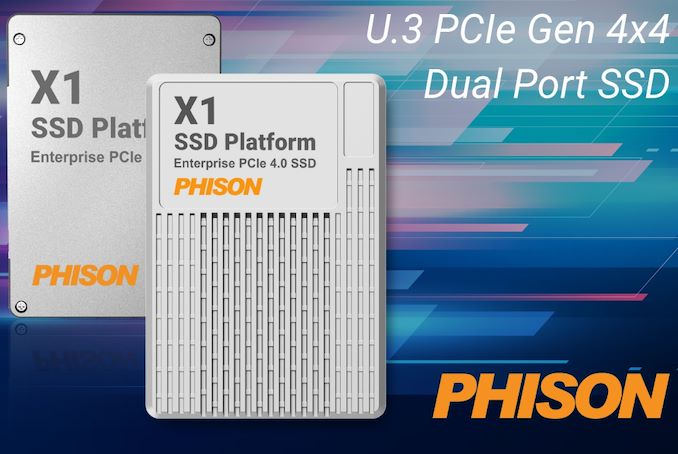 Phison and Seagate have been collaborating on SSDs since 2017 in the client as well as SMB/SME space. In April 2022, they had announced a partnership to develop and distribute enterprise NVMe SSDs. At the Flash Memory Summit this week, the results of the collaboration are being announced in the form of the X1 SSD platform - an U.3 PCIe 4.0 x4 NVMe SSD that is backwards compatible with U.2 slots.

The X1 SSD utilizes a new Phison controller exclusive to Seagate - the E20. It integrates two ARM Cortex-R5 cores along with multiple co-processors that accelerate SSD management tasks. Phison is touting the improvement in random read IOPS (claims of up to 30% faster that the competition in its class) as a key driver for its fit in AI training and application servers servicing thousands of clients. The key specifications of the X1 SSD platform are summarized in the table below. The performance numbers quoted are for the 1DWPD 3.84TB model.

Seagate and Phison claim that the X1 SSD can be customized for specific use-cases, and it offers the best performance in class along with the best energy efficiency. Seagate is marketing the X1 SSD under the Nytro branding - the Nytro 5050 NVMe SSD series for data centers. The Nytro 5350 consists of the 1DWPD models, while the Nytro 5550 makes up the 3DWPD ones. 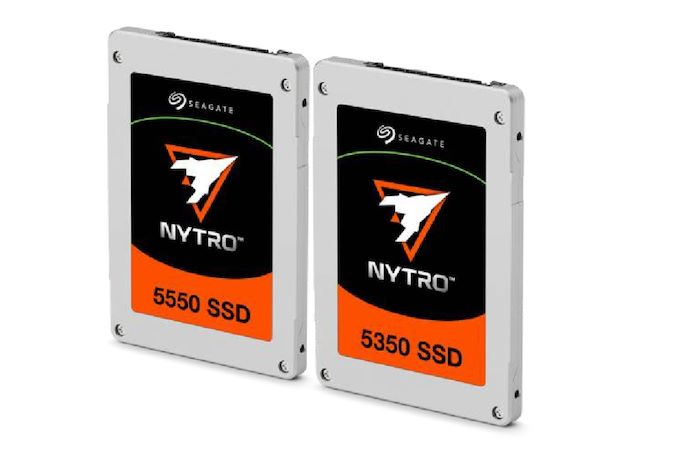 In terms of competition in the PCIe 4.0 / U.2 / U.3 space, the Nytro 5050 series goes up against Micron's 7450 PRO and 7450 MAX (PDF), using their 176L 3D TLC flash, and Kioxia's CD7-V / CD7-R data center SSDs. On paper, Seagate / Phison's performance specifications easily surpass those platforms that have been shipping for more than a year now.