Today Qualcomm is announcing an update to its robotics platform, upgrading the aging RB3 with a Snapdragon 845-based SoC with the new RB5 platform which is based on a newer Snapdragon 865 chipset. Qualcomm is aiming for gaining market share in the fast-growing industry that’s projected to reach $170B by 2025.

What’s might be more interesting for AnandTech users, is the RB5’s potential as an Arm single-board computer platform, as the inclusion of the newest silicon here should represent a significant advantage for designs based on the RB5 platform and the Snapdragon 865 derived “QRB5165” chipset. 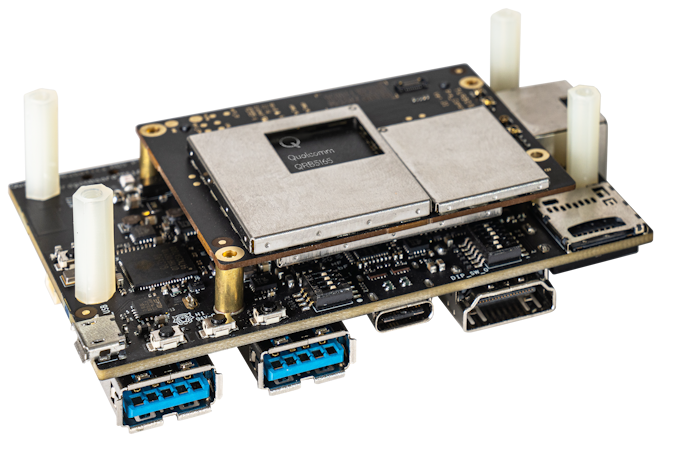 The design of the RB5 platform comes in the form of a carrier board and a system-on-module board. The SOM contains the actual SoC alongside core components such as RAM, NAND storage chip, the PMIC powering the SoC and board components, as well as a Wi-Fi/BT module. 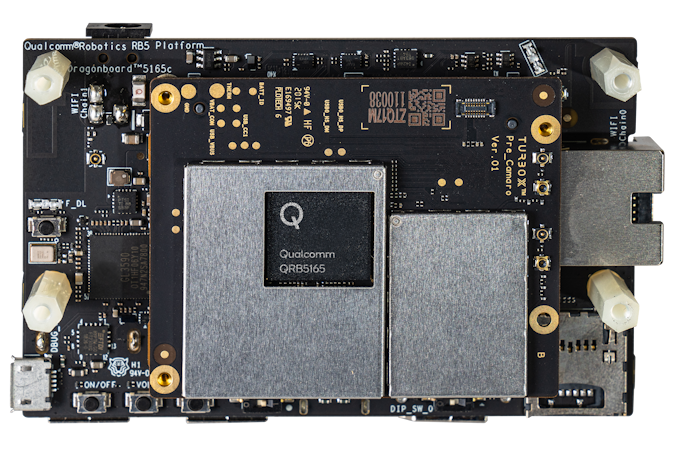 The module sits on a carrier board, in this case the Qualcomm Robotics RB5 carrier board features a ton of connectivity, supporting 4x HDMI outputs, SD card slot via SDIO, USB 3.1 hub, USB-C connector, Gigabit-Ethernet, DSI and CSI connectors for attaching displays and cameras, and various other general purpose I/O. We also see inclusion of two lanes of PCIe included. 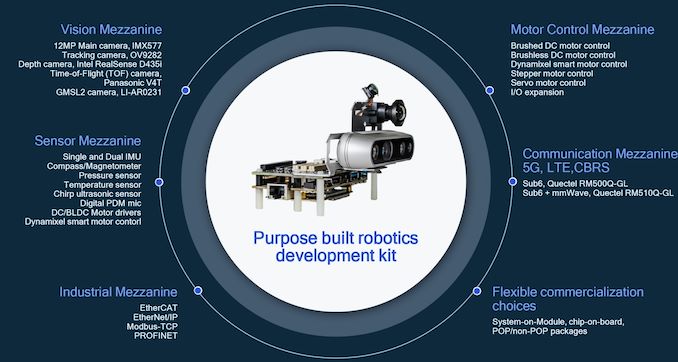 It’s possible to extend the “core kit” with various other add-ons in the form of extra mezzanine boards. Qualcomm will be offering a Vision, Sensor, Motor Control, Industrial, and Communications mezzanine boards for expanding the capabilities of the system. 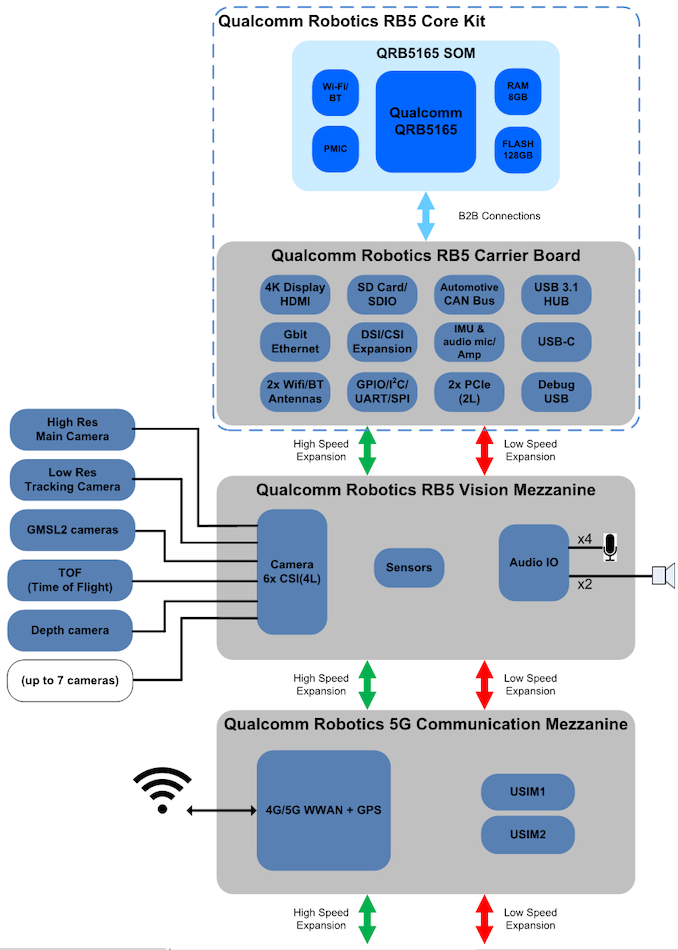 The interesting aspect of the platform of course is its software support. Qualcomm will be offering OS support for both Ubuntu and Yocto Linux. The company will be maintaining its own downstream embedded variants of the operating systems, as well as offering upstream open-source versions. The QRB5165 will be seeing long life software support which extends to Linux.

These latter aspects of the platform make it a quite interesting value proposition for anybody who’s looking for an Arm development system. The Snapdragon 865 and the Cortex-A77 cores are extremely capable and would certainly give similar other SBCs offerings such as Nvidia’s Jetson dev kits a run for their money. Qualcomm hasn’t mentioned any pricing yet, but partner vendors such as Thundercomm are offering the previous generation RB3 basic kit for $449 – so we’d hope the RB5 would see similar pricing.