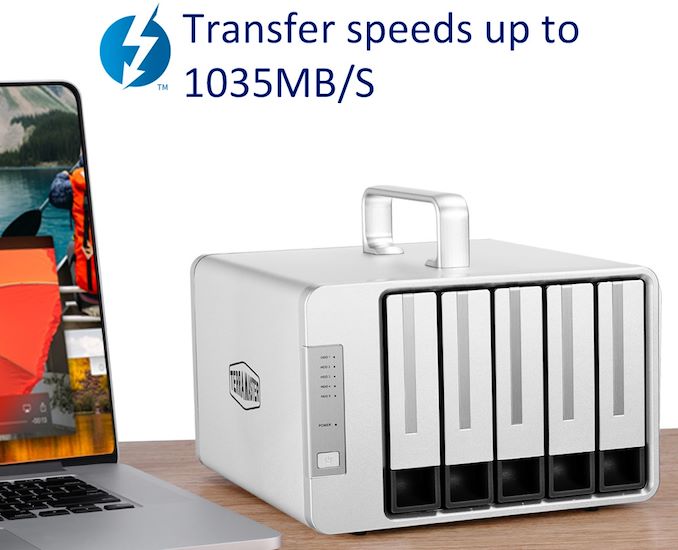 TerraMaster this week introduced its first DAS featuring a Thunderbolt 3 interface. The D5 Thunderbolt 3 DAS with five bays is aimed at professionals who need a vast storage space attached directly to their PC. Using currently available hard drives, the D5 can store 80 TB of data, with peak sequential read speeds up to 1035 MB/s.

As the name suggests, the TerraMaster D5 Thunderbolt 3 can accommodate five 2.5-inch/3.5-inch hard drives or solid-state drives that can work in JBOD, RAID 0, RAID 1, RAID 5, and RAID 10 modes to provide various levels of performance and data protection capabilities. The DAS fully supports all RAID features one expects from a professional-grade storage device (see the table below) that has to ensure maximum reliability, predictable read/write speeds, and automatic RAID rebuild if needed. 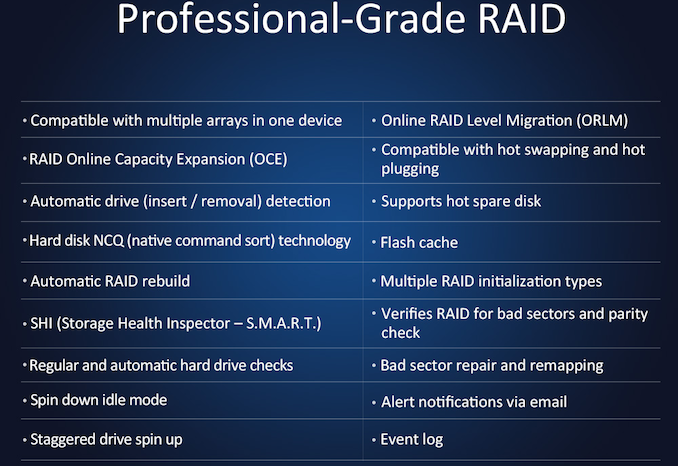 Speaking performance, TerraMaster rates its D5 Thunderbolt 3 at up to 1035 MB/s read speed as well as up to 850 MB/s write speed. Such performance levels were measured by the manufacturer using a 5-disk SATA SSD array in RAID 0 mode. To ensure consistent performance and reliability, the DAS has two 80-mm fans. 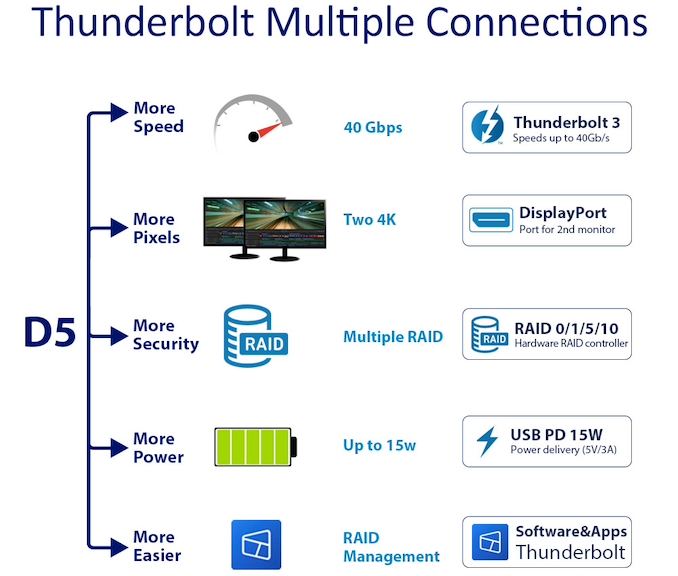 As far as connectivity is concerned, the TerraMaster D5 Thunderbolt 3 DAS has two Thunderbolt 3 ports to daisy chain it with other TB3 devices as well as a DisplayPort 1.2 output. 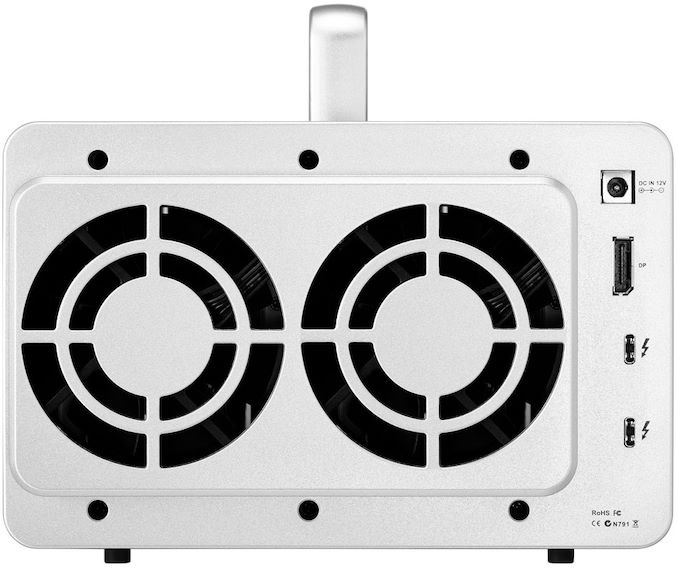 Just like many other DAS, the D5 Thunderbolt 3 has a handle as many professionals need a lot of storage space while working outside of their home or office. The box itself weighs 2.3 kilograms, but when fully populated with high-capacity HDDs it will be considerably heavier. 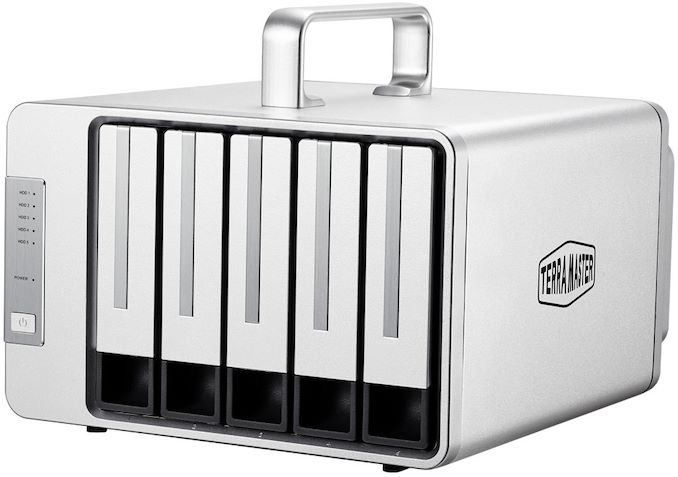