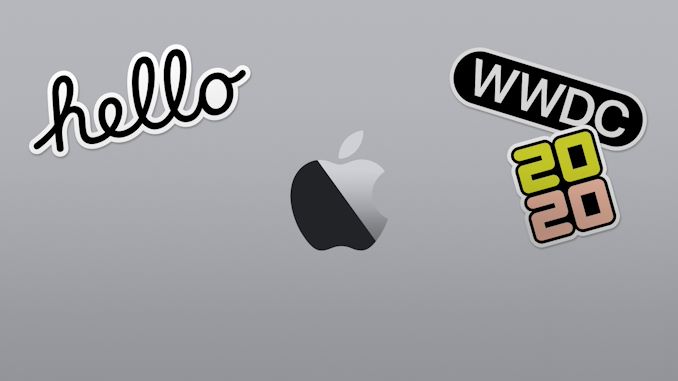 In a busy week for SARS-CoV-2-related developments, the virus has caused yet another major industry conference to change their plans. Today Apple has announced that the company’s annual World Wide Developers Conference (WWDC) will be taking place in June after all, but that it will now be a digital-only show. Calling it an “entirely new online format”, Apple is promising news and events for consumers, the press, and of course, developers.

One of the major fixtures of summer trade shows, Apple normally holds WWDC every June in the San Francisco Bay Area. For the last few years the company has been holding the event at the San Jose Convention Center – a convenient 15 minutes from their campus – which is now caught in the crossfire of coronavirus. The normal format of the show has largely been developer-focused, however Apple has typically used the first morning of the show for a public keynote that offers high-level details about software changes to come, along with some irregular hardware and service announcements.

But with coronavirus continuing to cause issues around the globe, and no one being quite sure where things will stand in June, Apple has pulled the plug on their traditional San Jose show entirely. Instead, the company is pivoting over to a digital-only format.

The brief announcement doesn’t offer a whole lot of details about how the new format will work – Apple says that additional information will be coming later – but it’s interesting to note that Apple is specifically calling out content for consumers and the press, and not just developers. For numerous reasons, it’s to Apple’s benefit to stick with having a public keynote (or equivalent) in order to promote their brand and build up consumer interest. But the format shift offers new opportunities to do more consumer-facing events, especially as the physical capacity of the San Jose Convention Center, already bursting at the seams during regular WWDCs, is no longer a limiting factor.

Overall, WWDC’s shift to a digital-only format makes it the latest of several shows to be altered due to the coronavirus pandemic. With Microsoft and Google also taking their shows virtual, while E3 has been canceled, WWDC was one of the last shows to remain undecided on the matter. Which leaves all eyes on Computex, the major Taiwanese hardware show, as the last remaining major trade show or conference that is still set to take place in the first half of this year.