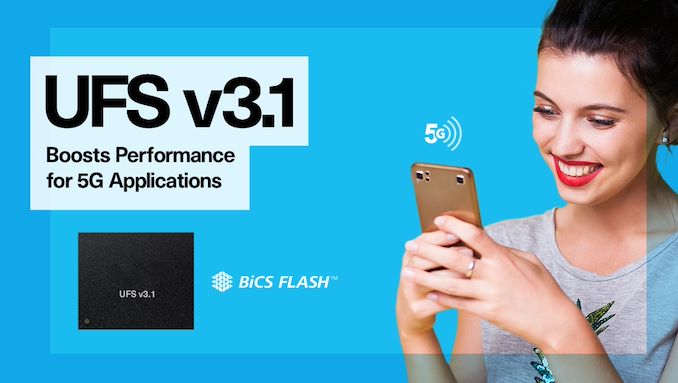 Less than a month after JEDEC published its UFS 3.1 specification, Kioxia and Western Digital have introduced their first UFS 3.1-compliant storage devices for smartphones. Samples of Kioxia’s UFS 3.1 drives will be available to manufacturers shortly, while Western Digital is on track to ship UFS 3.1 devices commercially next month, just in time for the launch of mainstream 5G smartphones.

Western Digital’s iNAND EU521 embedded drives will initially offer 128 GB and 256 configurations in an industry-standard 11.5×13×1.0 mm package. The storage device is based on the company’s proprietary controller with two NAND channels as well as two HS-G4 lanes at an 11.6 Gbps data rate, which is coupled with 96-layer 3D TLC NAND memory. Due to a relatively low internal parallelism, the iNAND EU521 is rated for up to 800 MB/s read/write speeds, up from 750 MB/s in case of the iNAND 511 launched last year. 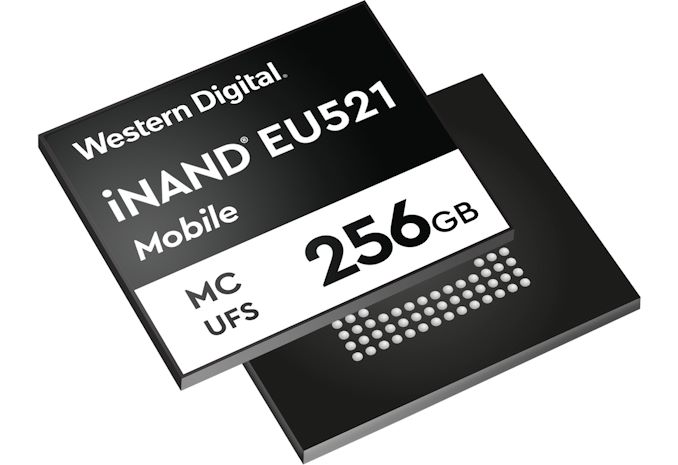 The iNAND EU521 supports three key UFS 3.1 improvements: Write Booster pseudo-SLC caching to improve write performance, Deep Sleep mode, and Performance Throttling Notification. Western Digital stresses that the Write Booster capability has been implemented via a firmware update to the company’s SmartSLC Gen 6 technology that has been used on iNAND devices for years, and which has been refined in multiple ways. Speaking of features, it's worth noting that the drive does not support any kind of Host Performance Booster tech, as it is not really needed for 128 GB and 256 GB drives.

One thing to note is that while officially the family will offer two capacities, the company also publishes images of an iNAND EU521 512 GB drive, which will likely come later.

Kioxia has a little bit different UFS 3.1 strategy than its production partner Western Digital. The company will offer a range of UFS 3.1-compliant drives featuring four configurations — 128 GB, 256 GB, 512 GB, and 1 TB — in a 11.5×13×1.0 mm package. The drives naturally use BiCS 3D NAND flash memory, though Kioxia does not reveal which devices.

The Japanese manufacturer will use its own UFS 3.1 controller that will support Write Booster, Deep Sleep, Performance Throttling Notification, and Host Performance Booster technology. The company is not disclosing any actual performance numbers of its UFS 3.1 drives, though it is stressing that their sequential read performance is about 30% higher when compared to Kioxia’s UFS 3.0 products. Also, HPB should boost the random read performance of the device.

Kioxia is currently sampling its UFS 3.1 devices with smartphone manufacturers, but it is unclear when the  devices are set to be available.