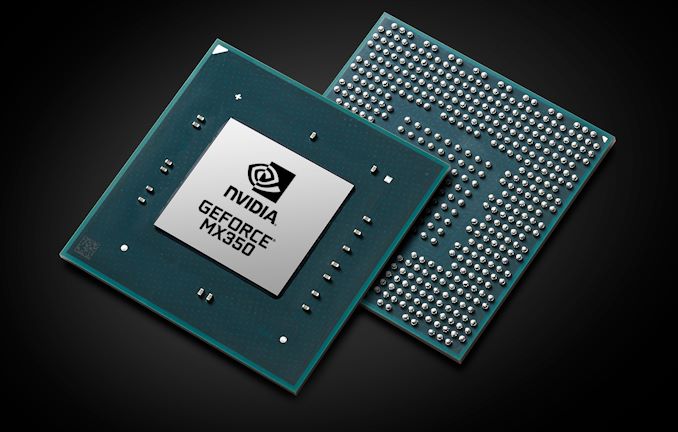 For the better part of the past 5 years, NVIDIA has held an extremely solid grip on the market for discrete laptop GPUs. From the top to bottom, unless it’s a MacBook the odds are it’s powered by a GeForce. This is the case even at the very bottom of the discrete market, where next to the grues and the 4200 RPM hard drives, you’ll find NVIDIA’s series of discrete adapters for entry-level laptops. Designed to be the first step up above Intel’s integrated graphics, these parts do fill an important role in the market, but they don’t get much attention – even from NVIDIA.

At any rate, this week the company has updated those adapters for 2020 with the release of the Pascal-based GeForce MX350 and MX330.

As has become an annoying tradition for NVIDIA, they’re officially saying very little about the new parts. The official specifications don’t include anything about clockspeeds, CUDA core counts, ROPs, etc. Instead, NVIDIA only confirms a basic set of features: both parts use GDDR5 memory, both feature GPU boost functionality, and both support DirectX12 up to feature level 12_1. Past that you won’t get much else from NVIDIA; even the architecture isn’t officially published in their spec sheets, though in this case we can make a very reasonable assumption that it’s once again Pascal.

Meanwhile, NVIDIA has once again moved up their Intel reference point; for the MX300 series, it’s now Intel’s 64EU Gen11 Iris Plus iGPU found in the Core i7-1065G7. This is Intel’s fastest iGPU for their 15W U-series parts, and is reasonably potent on its own, so it helps to inform what kind of performance NVIDIA needs to hit to offer something that’s a meaningful step up.

At any rate, while NVIDIA doesn’t publish much in the way of specifications, this year NotebookCheck claims to have the specifications for the parts. We haven’t been able to independently validate these figures, but they are quite reasonable, and very close to what I was expecting anyhow based on NVIDIA’s loose performance claims. In particular, these are both low-end Pascal-based parts, which remain NVIDIA’s smallest (and thus cheapest to produce) GPUs among their current Pascal and Turing product stacks.

Coming from last year’s MX200 series parts, the big change here is at the top. With Intel’s baseline going up, so does NVIDIA’s performance; and as a result NVIDIA has tapped a more powerful GPU than in past years. For the MX350 then, we’re looking at a GP107 GPU, a notably more powerful part than NVIDIA’s normal entry-level parts. Essentially a further cut-down GTX 1050, according to NotebookCheck this part has 640 CUDA cores enabled, as well as half of its usual ROP/memory controller partitions, leaving 16 ROPs and a 64-bit memory bus. 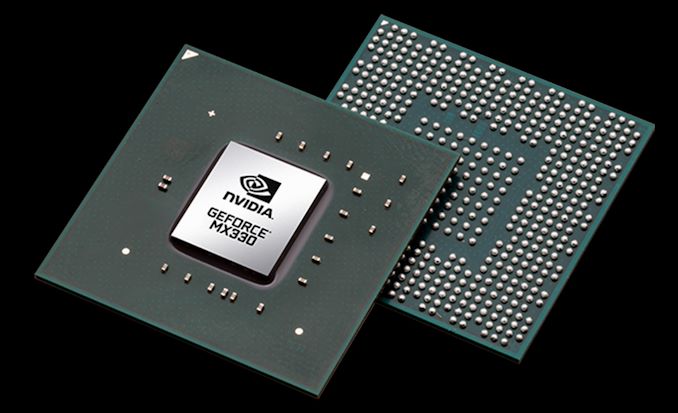 Like past MX-series parts, NotebookCheck notes that both the MX350 and MX330 are informally rated for TDPs of 25W. However laptop manufacturers can and will adjust TDPs and clockspeeds to meet the specific power/cooling limitations of their notebooks, so like other laptop discrete graphics implementations, expect to see performance vary from design to design.

Based on NVIDIA's previous release cadences for their low-end laptop parts, expect to see these new processors show up in laptops in the very near future. Traditionally these parts are paired with Intel U-series processors, and I expect to see the same here.