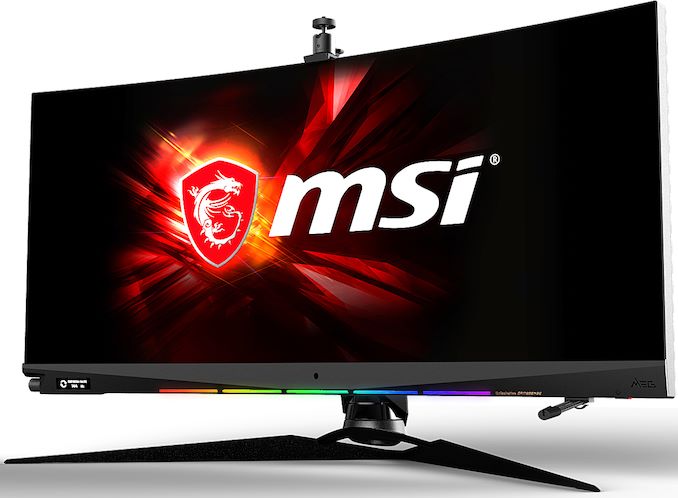 MSI has announced its new curved gaming display that combines a near-4K resolution with an up to 144 Hz variable refresh rate supported by VESA’s Adaptive-Sync technology, and 600 nits brightness in HDR mode. In addition to its main capabilities, the MEG381CQR monitor has two interesting 'smart' features, such as an auxiliary OLED screen that displays various information as well as a special webcam that can recognize user’s face and load an appropriate profile tailored for them based on the game being played.

The MSI Optix MEG381CQR uses a 37.5-inch IPS panel featuring a 2300R curvature, a 3840x1600 resolution, a 1 ms GtG response time, and a variable refresh rate of up to 144 Hz handled by VESA’s Adaptive-Sync technology. The LCD is VESA DisplayHDR 600 certified, so it supports a peak brightness of at least 600 nits in HDR mode, but also some kind of a local dimming technology (edge lit?) to ensure a higher contrast ratio and deeper blacks. It is logical to expect the monitor to support a wide color gamut (think >90% DCI-P3), but MSI currently does not confirm this. 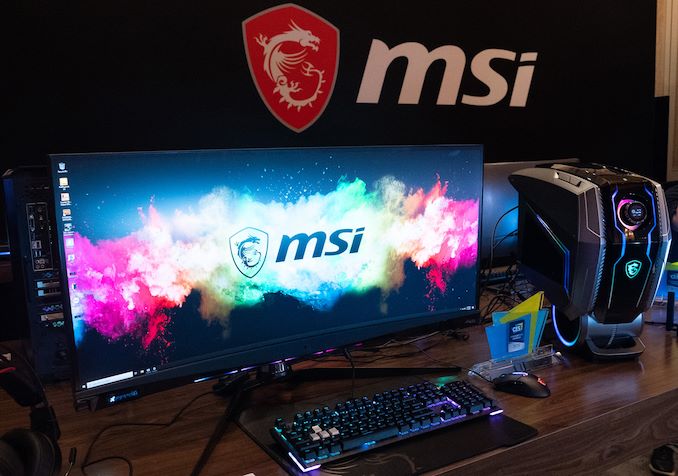 As we noted in our previous coverage of 37.5-inch ultrawide displays featuring a 3840x1600 resolution, they are very well suited both for gaming and for watching Ultra-HD videos filmed in an aspect ratio of 2.35:1 or 2.40:1, which is a popular aspect ratio for movies. 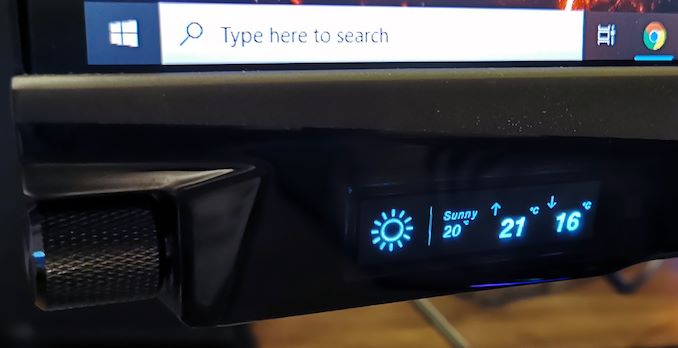 Traditionally for gaming displays, the Optix MEG381CQR is equipped with a stand that can adjust height, tilt, and swivel. In fact, to maximize precision of height adjustment, the display seems to have a special knob on top. Other notable features of the monitor are the aforementioned OLED screen that can display various information that might be crucial for a particular game, and a special camera to recognize the owner and adjust settings in accordance with their preferences. 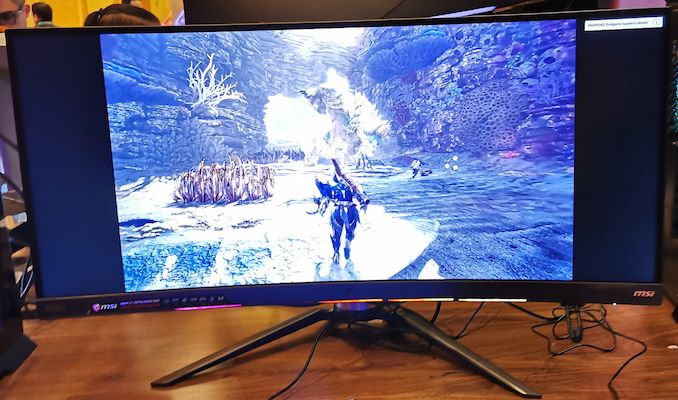 MSI currently does not have a firm launch date for its Optix MEG381CQR monitor and only says that it plans to launch it sometimes in the third or the fourth quarter. Pricing of the display is also not set, so we can only make guesses based on MSRPs of other curved 37.5-inch displays which appear to be pretty expensive.