Lenovo on Wednesday introduced its first servers based on AMD’s EPYC 7002-series ‘Rome’ processors, which offer up to 64 cores and 128 PCIe 4.0 lanes. The single-socket ThinkSystem SR635 and SR655 machines are designed for a wide variety of applications, including analytics, HPC, virtualized environments and scale-out software-defined storage. 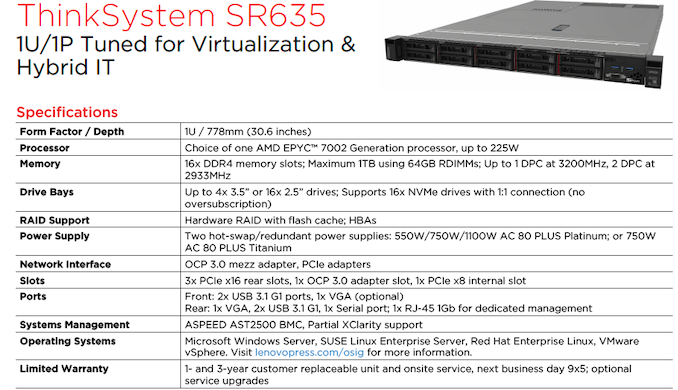 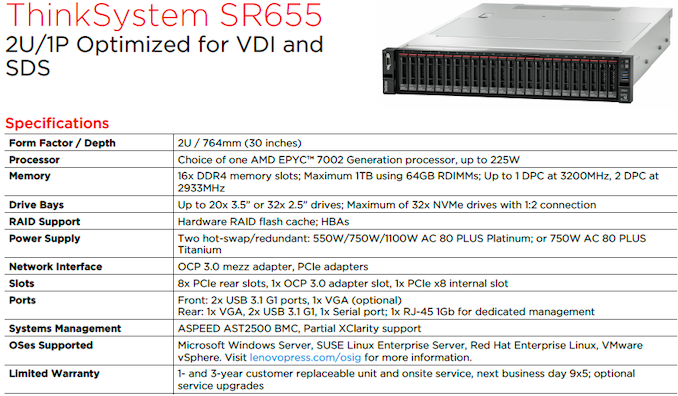 Both ThinkSystem SR635 and ThinkSystem SR655 support hardware RAID flash cache as well as regular set of server connectors along with Aspeed’s AST2500 BMC. Depending on configuration, the machines can be equipped with up to a 1100 W PSU. As for software compatibility, the systems can run Microsoft Windows Server, SUSE Linux Enterprise Server, Red Hat Enterprise Linux, and VMware vSphere. 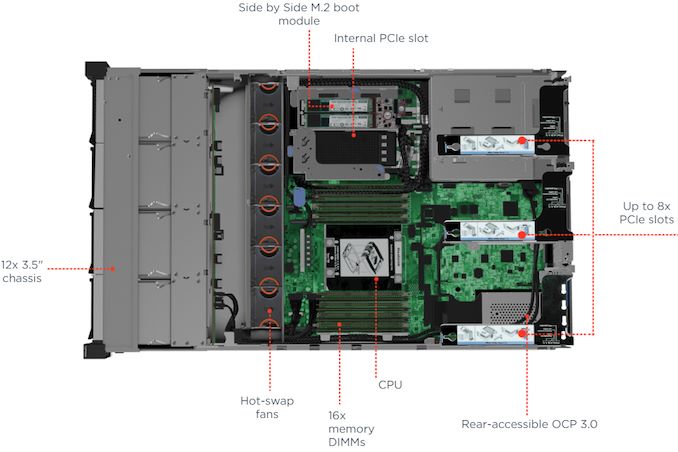 Covered with a one or three-year warranty, the ThinkSystem SR635 and SR655 machines will be available shortly. Prices will depend on configurations of servers. 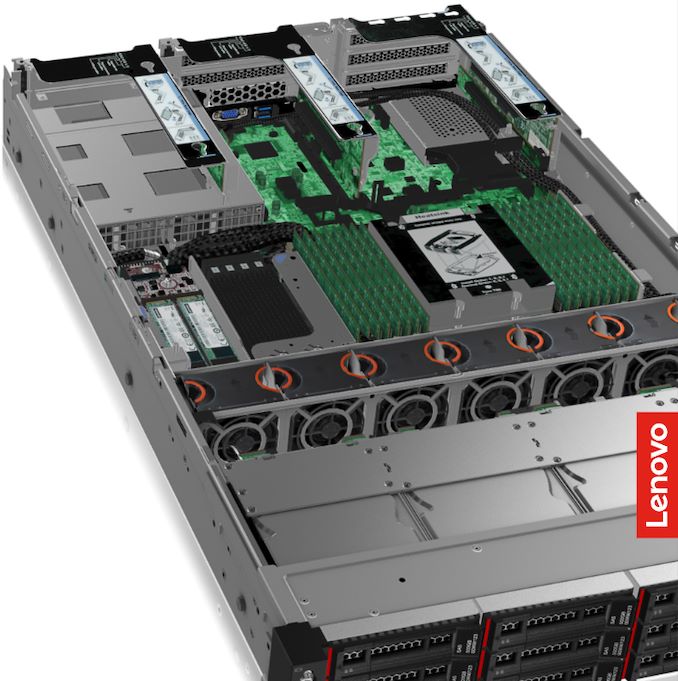