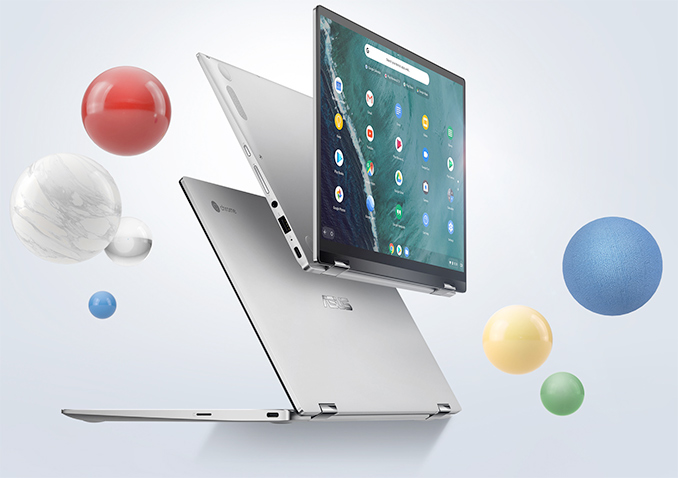 ASUS is certainly not new to Chrome OS-based PCs. But throughout its history with Chromebooks, Chromeboxes, and other Chrome OS devices, the company has positioned them as entry level solutions. However, as Google and some of its partners are experimenting with more premium Chrome OS-powered devices, ASUS cannot stand still. To that end, the company has started to sell its Chromebook Flip C434, a premium Chrome OS 2-in-1.

In terms of construction, the Chromebook Flip C434 is built around a CNC-machined aluminum body featuring diamond-cut edges. Overall the device is fairly petite for its size; while it measures 15.7mm thick, it only weighs in at 1.45 kg. One of the key factors enabling this are the narrow 5-mm NanoEdge display bezels, which allow ASUS to fit a 14-inch Full-HD IPS touch-sensitive LCD into a very portable chassis. Meanwhile the convertible PC also incorporates the company's 360° ErgoLift hinge, which is specifically designed for these kinds of laptops. 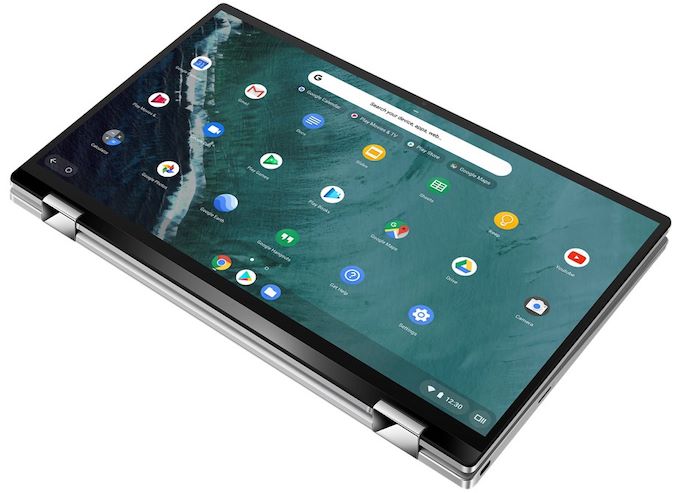 Unlike typical Chrome OS-based computers that use Atom-derived SoCs, the Chromebook Flip C434 runs Intel’s 8th Gen "Amber Lake-Y" Core processors with two cores and Intel’s UHD 615 graphics. While Intel’s Y-series processors offer very low power consumption, they still use Intel’s latest high-performance x86 microarchitecture with all of its advantages. The SoC is paired with 4 or 16 GB of LPDDR3 memory as well as an eMMC drive, with capacities going up to 128GB. 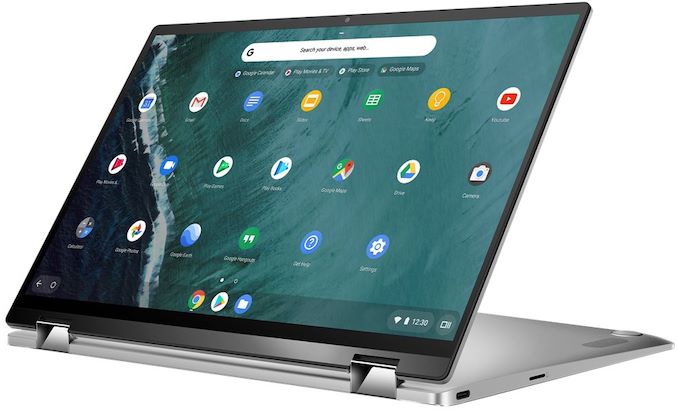 Connectivity-wise, the ASUS Chromebook Flip C434 has a rather standard set of capabilities, including 802.11ac + Bluetooth 4.0, a USB 3.0 Type-A port, two USB 3.0 Type-C ports (for data, display, and charging), a microSD card slot, and an audio jack for headsets. The PC also has a backlit keyboard with a 1.4-mm travel, an HD webcam, stereo speakers, and a microphone array. 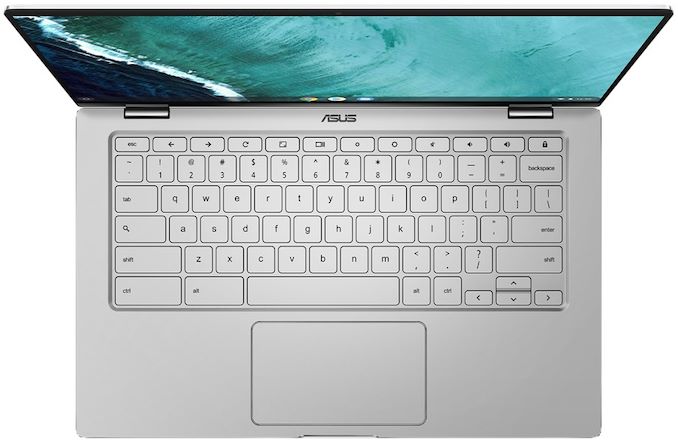 When it comes to battery life, ASUS says that the machine will work for 10 hours on a 48 Wh battery, which does not seem especially long given the fact that the PC is powered by a low-power Intel Core processor.

So far, ASUS is only selling the entry-level configuration for the Chromebook Flip C434, which is based on the Intel Core m3-8100Y SoC and paired with 4 GB of RAM and 64 GB eMMC storage. The system costs $569.99 at Amazon. Eventually, the company will also offer more power configurations with higher performance SoCs, more memory, and greater storage capacity.