Western Digital on Tuesday introduced its new OpenFlex storage architecture and the first family of products supporting it. The OpenFlex architecture promises to enable operators of datacenters to independently scale compute, storage and network resources by using software composable infrastructure (SCI). Meanwhile Western Digital will share the mechanical specifications of OpenFlex products as well as publicly release its Kingfish API for managing SCI to make OpenFlex an open industry standard.

The OpenFlex architecture relies on storage devices featuring SSDs and HDDs that use an NVMe-over-Fabric (NVMeoF) interface, and can be used to create independently scalable pools of storage connected to computing resources using standard technologies (such as Ethernet, InfiniBand, etc.). Western Digital says that independently scalable pools of various resources will allow customers to better utilize their installed hardware and software, therefore reducing the initial infrastructure investment and the total cost of ownership by eliminating problems like “stranded storage.” 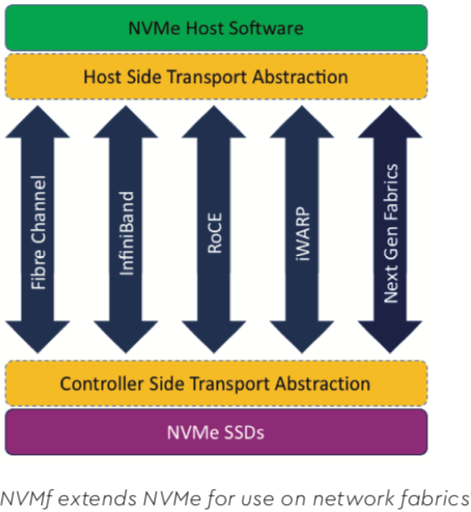 In addition to its hardware OpenFlex architecture, Western Digital is also introducing its Kingfish API, which enables pools of devices to be presented as SCI and arranged into logical application servers. Western Digital says that since said storage pools are directly connected to other resources, logical application servers will not compete for resources and therefore will have more predictable performance. The latter claim looks rather promising, but certainly needs an independent verification. Furthermore, to take advantage of this capability, the Kingfish API has to be supported by popular datacenter software.

Obviously, Western Digital will be the first to offer products based on the OpenFlex architecture. Initially, there will be three devices:

The solid-state OpenFlex storage products will be available in Q4 2018, whereas the HDD-based D3000 1U box will launch in 2019. Though do note that Western Digital has yet to public prices for the new hardware.