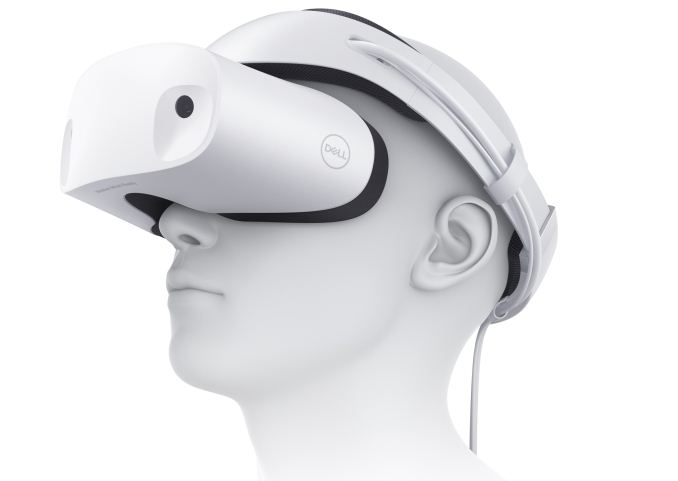 This week, Dell is announcing its own version of a virtual reality head mounted display (VR HMD) at IFA, the Dell Visor. With their first VR product, Dell is joining the ranks of other mainstream manufacturers that are adopting Microsoft’s Windows Mixed Reality platform to bring an HMD to market.

The Dell Visor features two 90Hz 1440 x 1440 LCD panels (for a total resolution of 2880 x 1440) that can “flip up” to let you see the real world around you without completely removing the headset. The faceplate is well cushioned, and the headband is easily adjusted using a thumbwheel. The company claimed that it's comfortable to wear, even with glasses, but like other VR headsets, this will likely vary from person to person.

Similar to Acer’s Mixed Reality HMD, the Dell Visor is a tethered headset (USB and HDMI cable) that connects to a Windows PC (with at least the baseline specifications) and features inside-out 6DoF tracking; the headset doesn’t require external cameras or lighthouses to track its position in space. Boundaries are setup by outlining the play area with the HMD, but maximum tracking space wasn’t disclosed.

When asked what the main difference between the Dell Visor and its competition was, a representative explained, “Ours is white.” Indeed, the Visor features a white (almost Apple-esque) finish, with an anti-stain coating to keep it clean. The representative went on to explain that Dell’s design keeps comfort and convenience in the forefront, evidenced by the flip-up display, ergonomic headband, and gratuitous face padding. The company hopes that this will be enough to differentiate the Visor in an ever-growing field of VR HMDs. 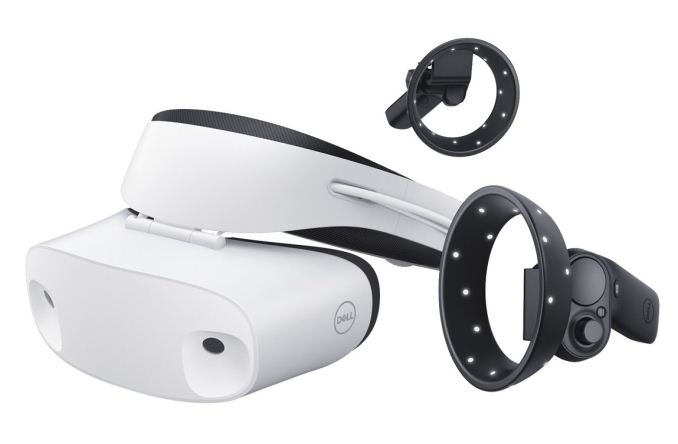 The Dell Visor doesn’t ship with a controller of any kind, but it’s compatible with Microsoft’s new Mixed Reality Controllers, which are tracked by the headset’s external sensors. Dell is offering the headset for $349.99, and you can order the controllers with them for another $99.99. For reference, the Acer HMD plus controllers bundle is $400.

The Dell Visor is expected to arrive mid-October.

Derek Forrest contributed to this report