ASRock Beebox-S 6200U Review - An Alternative to the Skylake NUC 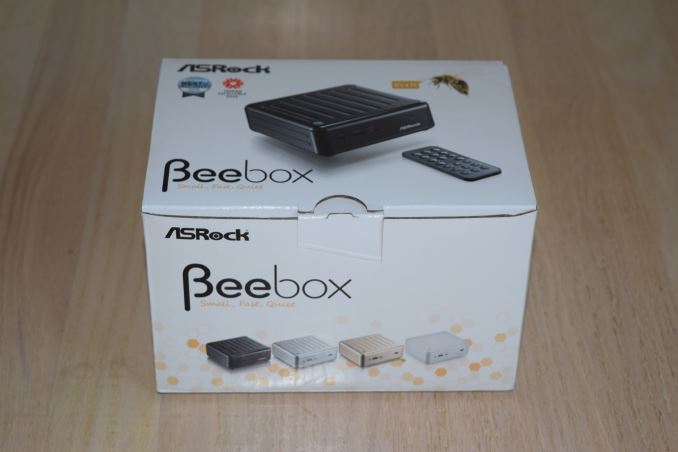 The Skylake-U platform for mini-PCs has turned out to be an interesting one. Numerous challenges were faced by the first one in the market - the Intel Skylake NUC. Eventual BIOS fixes made the platform realize its full potential. All these aspects made Intel's partners take it a bit slow when it came to promoting their Skylake-U mini-PCs. Vendors like GIGABYTE and ASUS have been selling their version of NUCs for a few generations now. The Beebox-S is ASRock's first play in the Core-based UCFF (ultra-compact form-factor, i.e, NUC-type machines) PC market.

ASRock was one of the pioneers in the mini-PC market, thanks to their Vision / Core series units. Based on motherboards meant for the notebook market (smaller than mini-ITX, but larger than pico-ITX), they were regularly refreshed starting with the ION-based nettops. Over the last couple of years, mini-PCs in the ultra-compact form factor (UCFF) - tagged as NUCs after being made popular by the Intel Next Unit of Computing systems - have emerged as one of the bright spots in the troubled PC market.

ASRock's first play in the UCFF market segment was the 2015 Beebox series based on the Intel Braswell SoCs. The mini-PC brought in plenty of premium features without driving up the price compared to other Braswell units, and even came in a fanless version. The Beebox-S adopts the same chassis design, but, the internals make a move up to the Skylake-U platform. ASRock's marketing angle with the Beebox-S is similar to that of the Braswell Beebox - attempting to provide more value for money compared to competing units.

Buy ASRock Beebox-S 6200U on Newegg

The ASRock Beebox-S 6200U kit doesn't come with any pre-installed OS, but does come with a CD containing Windows drivers. In any case, we ended up installing the latest drivers downloaded off ASRock's product support page. In addition to the main unit, the other components of the package include a 65 W (19V @ 3.42A) adapter with a US power connector, a VESA mount (along with the necessary screws), a driver CD, user's manual and a quick-start guide. In addition, we also have the appropriate cables - both data and power - to install a 2.5" drive in the system. A small IR remote control with a pre-installed CR232 battery is also part of the package. 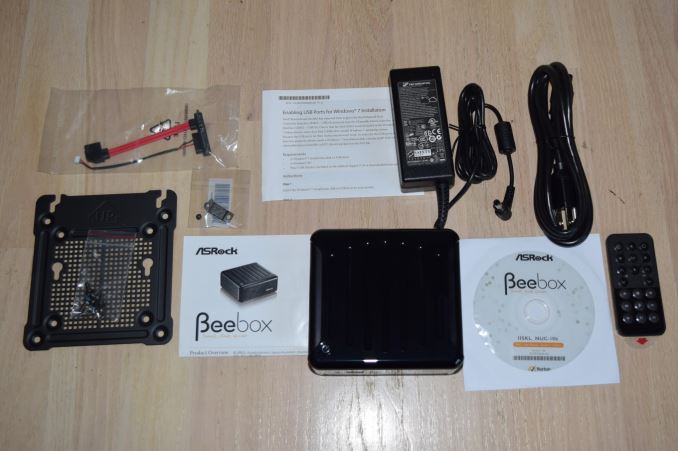 The unique part of the package is a small plastic tab and an additional screw that allows for installation of a M.2 2280 SSD in the unit. The gallery further below has a photograph showing the placement of this tab to enable the installation. It also takes us around the chassis and internal components of the unit.

Interesting components on the board include the ASMedia ASM1442K level shifter for the HDMI 1.4 port, the TI TS3DV642 video signal multiplexer/demultiplexer (that allows one of either the HDMI 1.4 or DisplayPort outputs to be active). Note that even though Skylake-U can theoretically support up to three simultaneous displays, the Beebox-S supports only two at a time (either HDMI 2.0 + HDMI 1.4 or HDMI 2.0 + DP). Other components that reside on the underside include the ASMedia ASM1142 USB 3.1 bridge chip and the MegaChips LSPCon to enable the HDMI 2.0 output from the DisplayPort output of the Skylake-U SiP.

The Beebox-S is an obvious alternative to the Skylake NUC, with our review unit going up against the NUC6i5SYK. The board layout of the Beebox-S is presented below. 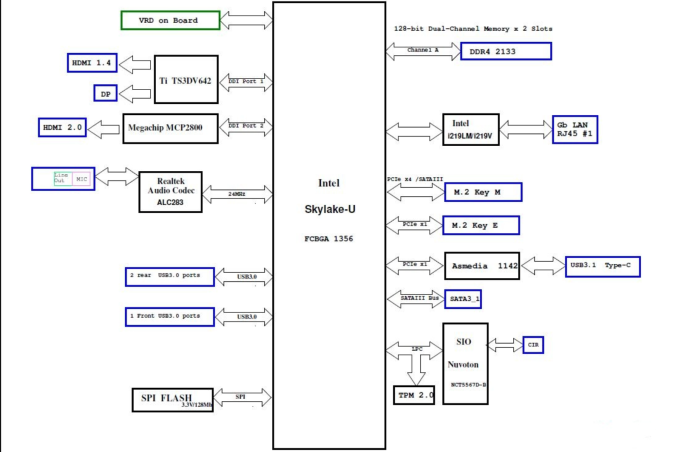 It is interesting to compare this layout against that of the Intel NUC6i5SYK. We find the following important differences.

ASRock's BIOS has plenty of features that are missing in the BIOS from other vendors. I will not go into the details of all the BIOS features, but, readers interested in checking out the available options can peruse the user manual available here.

In the table below, we have an overview of the various systems that we are comparing the ASRock Beebox-S 6200U against. Note that they may not belong to the same market segment. The relevant configuration details of the machines are provided so that readers have an understanding of why some benchmark numbers are skewed for or against the ASRock Beebox-S 6200U when we come to those sections.