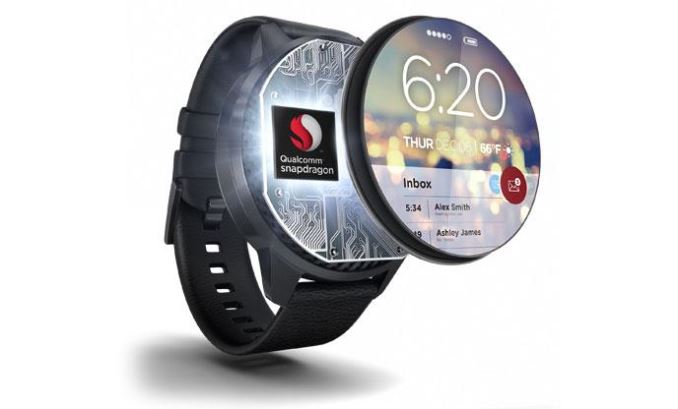 Qualcomm introduced the Snapdragon Wear 1100 SoC today at Computex 2016. Intended for wearable devices, such as fitness trackers, smart headsets, and connected watches for children, it features a single ARM Cortex-A7 CPU running at up to 1.2GHz and a fixed-function GPU for rendering simple 2D user interfaces. It's interesting that Qualcomm chose to stick with the A7 rather than use its replacement: the Cortex-A35. According to ARM, the A35 uses 10% less power while boosting performance between 6-40% at the same frequency and on the same process. This could simply be a matter of timing or just Qualcomm's familiarity with the A7.

The Snapdragon Wear 1100 is a compliment to the Snapdragon Wear 2100 SoC that Qualcomm announced back in February 2016, and is meant to run lean, Linux-based operating systems instead of Android or Android Wear, which require the performance of the 2100 to deliver richer, more graphical experiences like those in typical smartwatches.

The Snapdragon Wear 1100 integrates a Category 1 LTE modem that supports LTE FDD, LTE TDD, TD-SCDMA, and GSM networks with global frequency band support for keeping devices connected independent of a companion device such as a smartphone. Customers can also choose to incorporate Wi-Fi and Bluetooth connectivity options. Another feature crucial for safety monitoring applications that use geo-fencing is the inclusion of Qualcomm’s iZat Gen 8C location engine that supports the GPS, GLONASS, Galileo, and BeiDou positioning satellite networks. Location accuracy and speed are improved by augmenting GNSS with Wi-Fi and cellular networks.

The Snapdragon Wear 1100’s package size is 79mm², including the modem, RF transceiver, and PMIC, and is manufactured on a 28nm LP process. Also included in the package is a low-power sensor hub and a hardware cryptographic engine, features that further reduce power consumption. When paired with a 350mAh battery, Qualcomm claims the Snapdragon Wear 1100 allows for up to 7-days of LTE standby.