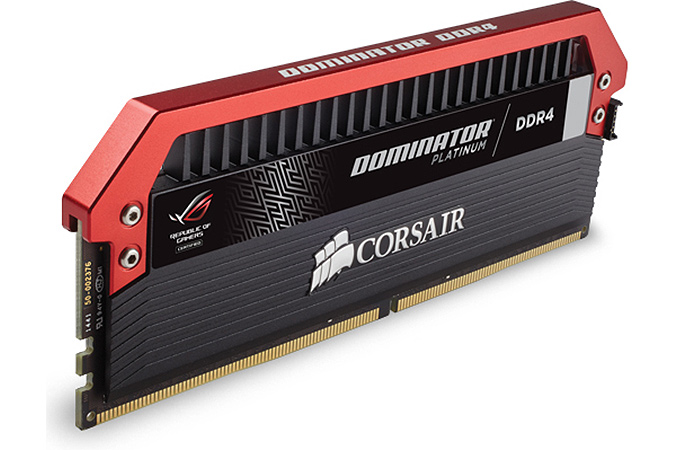 The Corsair Dominator Platinum ROG Edition kit (CMD16GX4M4B3200C16-ROG) consists of four 4 GB DDR4 memory modules rated to run at 3200 Mbps data-rate with CL16 18-18-36 timings at 1.35 Volts. The modules are primarily designed for Intel’s Skylake-S processors when used in Intel’s Z170-based motherboards that support XMP 2.0 technology (to automatically set their frequencies and latencies when they are installed into appropriate PCs and the BIOS option is selected). However, when the Dominator Platinum ROG Edition kit is installed into one of ASUS ROG motherboards featuring the Z170 chipset, it allows setting 3333 Mbps data-rate and CL16 timings.

As for the price, the Corsair Dominator Platinum ROG Edition kit represents a premium, much like other DDR4-3200+ kits. The set of four ROG-branded modules costs $224.99 excluding taxes in the U.S., which is considerably higher than the price of any other 16 GB DDR4-3333 kit. The Dominator Platinum ROG Edition kit is also more expensive than Corsair’s own Dominator Platinum 16 GB DDR4-3200 CL15 (4 x 4 GB kit), which is priced at $189.99. Possibly, an exclusive SPD setting, custom-painted heatsinks as well as elite Republic of Gamers brand add a tangible amount of money to the price tag, but is aimed squarely at users with specific ROG motherboards. 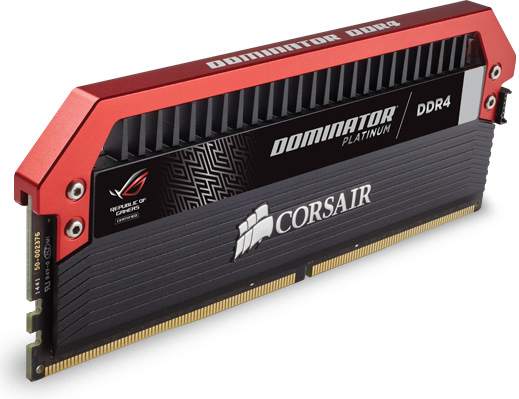