Here is a picture of the test setup: 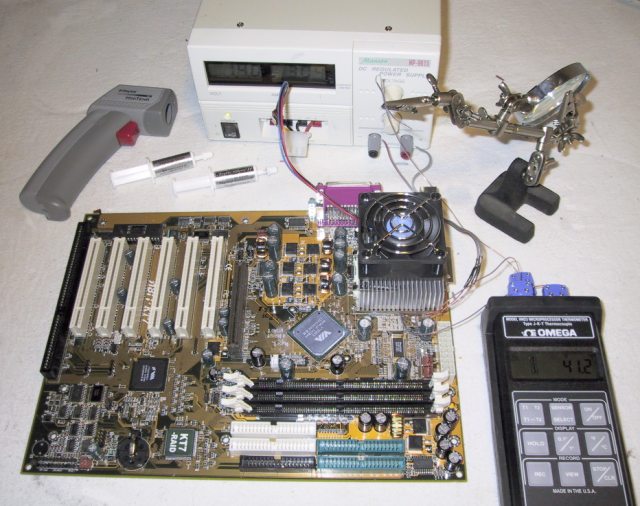 The following equipment was used for testing:

The gun-like object in the upper left of the picture is a RayTekMiniTemp MT4 noncontact infrared thermometer. We did not use it during the actual testing, but it proved to be highly useful during the development of the test setup, since it instantly provides surface temperatures without having to install a thermal sensor.

Based on our experience in numerous tests, reproducibility of the test results was +- 0.2°C. We test each heatsink three times and publish the average of the three tests.

We would like to thank those in the community that helped us develop this new testing methodology as well as the members of the AnandTech Forums that pointed out the flaws with our previous system and helped push us to develop this new methodology. Thanks guys.