On AMD’s official specifications for the Ryzen 9 6900HS, it lists the TDP as 35 W: the same specifications as the 6900HX, but at an optimized TDP. The HS means that it can only be used in AMD-approved and codesigned systems that can get the best out of the unit: i.e. it is an ultraportable premium device. That being said, laptop vendors can customize the actual final power limit as high as 80W, with the idea that because they are using an optimized voltage/frequency binned processor, the laptop design that can dissipate that much can extract more sustained performance from the processor, this usually translates into a higher all-core frequency.

For our ASUS Zephryus G14, the standard default power profile, known as ‘Performance’, is meant to conform to AMD’s Power Management Framework, i.e. scale from Energy Saving to Performance as required. In this mode, the system has a sustained 45 W power draw. 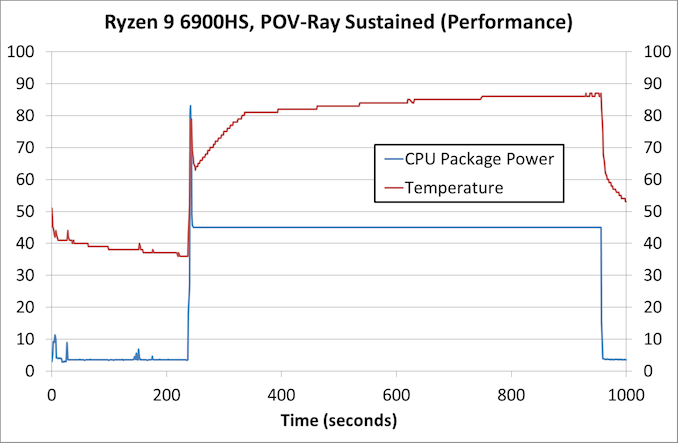 Loading up a render like POV-Ray, the system spikes the CPU package power to 83 W and 80ºC, before very quickly coming down to 45 W and a slowly rising temperature to equilibrium at 87ºC. 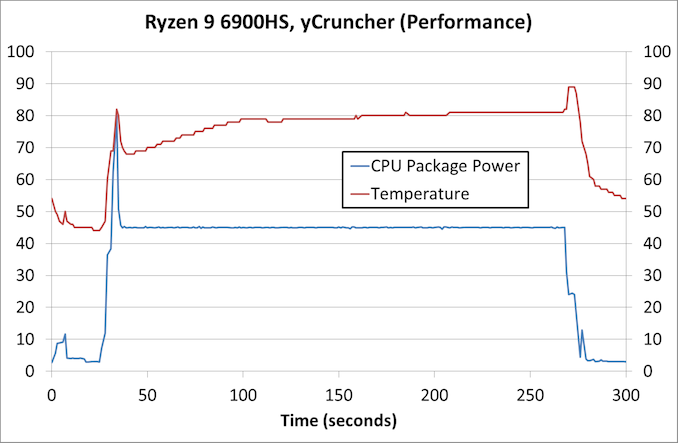 With something a bit more memory heavy, such as yCruncher, the same power profile is shown, this time with the power around about 81ºC for most of the test because it spends more time on memory access than raw throughput. 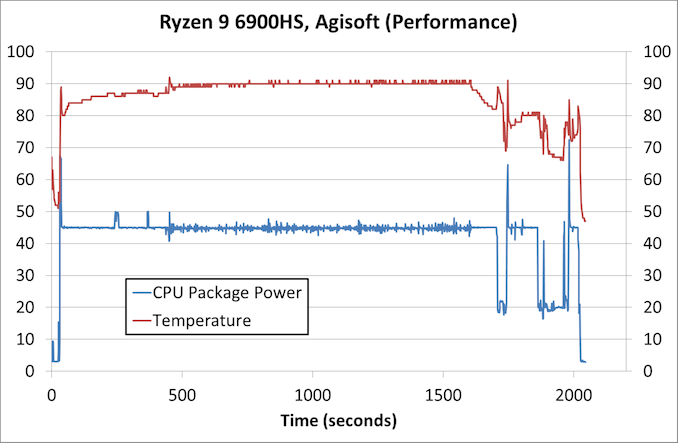 For a real-world scenario, Agisoft also spikes up very high initially, before reaching a plateau at 45 W and 90ºC.

The other option on offer for this system is the ‘Turbo’ Mode, which jacks everything up to 65 W sustained. 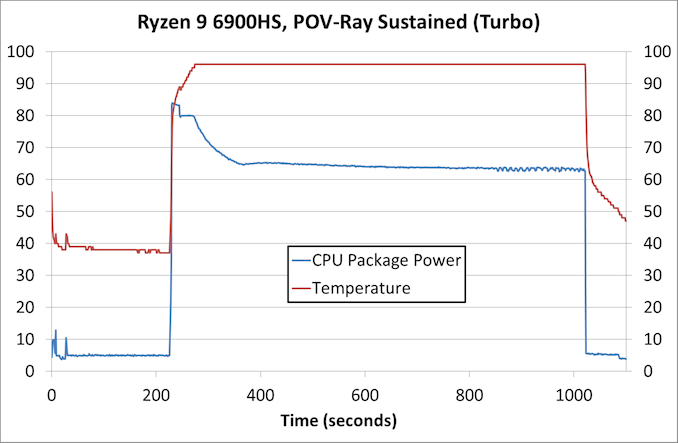 This means we hit the peak temperature limits quite quickly, and the system ramps down over time to the 65 W average power. 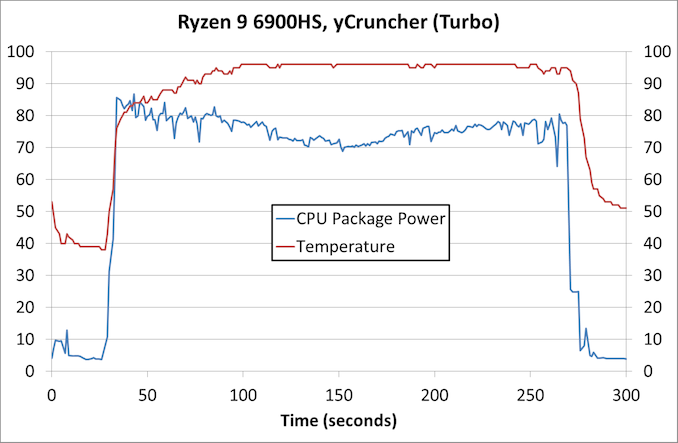 The yCruncher profile is a bit more varied due to the CPU performance going further while the memory performance staying the same, but we still see temperatures in the mid 90s and power hovering more around 75 W. 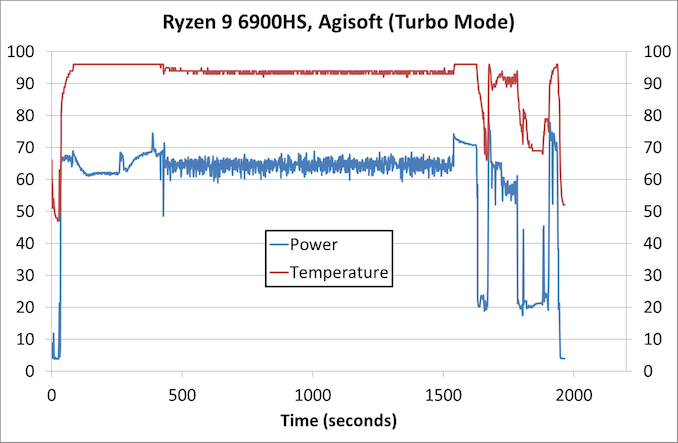 Agisoft’s Turbo profile is all about being temperature limited in this case, and we still end up in the sustained parts of the test around that 65 W value.

If we were to look at how the power was distributed in each mode:

In performance mode, we see 16.0 watts when one core is loaded, going down to 5.2 watts per core when all cores are loaded and a frequency of 3775 MHz.

Compare that to the Turbo Mode: 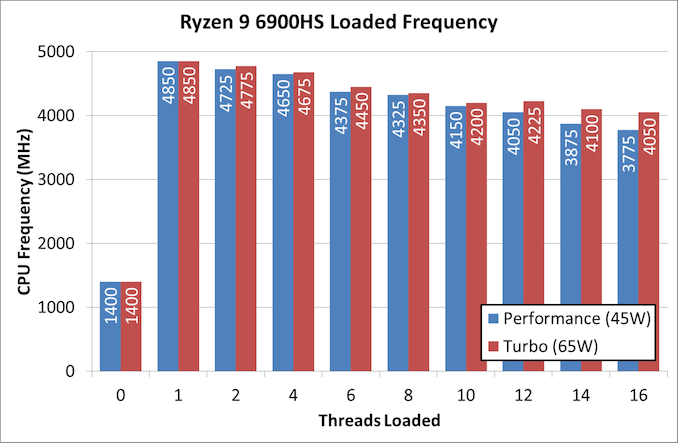 Looking at the frequencies in this format, you can see a slight difference in performance, but seemingly not that much to justify the power difference. Then again, I suspect Turbo is only really for when you are fully charged and plugged into mains power anyway.

For the following benchmarks, we’re going to be using both Performance and Turbo modes, but also I put the CPU in a 35W power mode. As the 1 core and 2 core loading is below this, it shouldn’t affect the single-core performance that much, but it might give us an understanding of where it compares to previous generations.