Evaluation of DAS units on Windows is done with the testbed outlined in the table below. For devices with USB 3.0 connections (such as the SanDisk Ultra +Cloud that we are considering today), we utilize the USB 3.0 port directly hanging off the PCH.

The full details of the reasoning behind choosing the above build components can be found here. The list of DAS units used for comparison purposes is provided below.

SanDisk claims read and write speeds of more than 100 MBps and around 50 MBps respectively, and these are backed up by the ATTO benchmarks provided below. Unfortunately, these access traces are not very common in real-life scenarios. 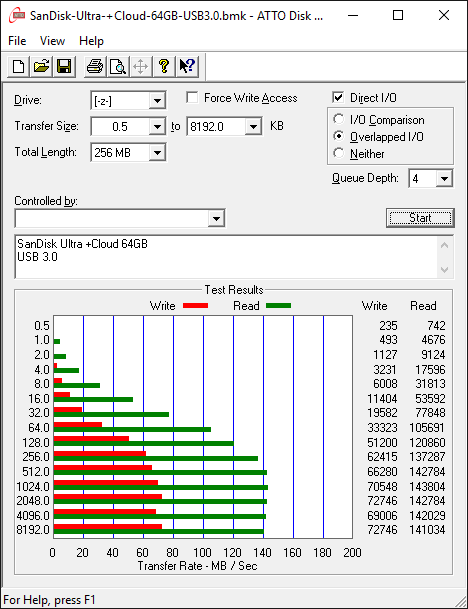 CrystalDiskMark, despite being a canned benchmark, provides a better estimate of the performance range with a selected set of numbers. As evident from the screenshot below, the performance can dip to as low as 1.7 MBps for 4K random writes (understandably not the typical usage scenario for UFDs) 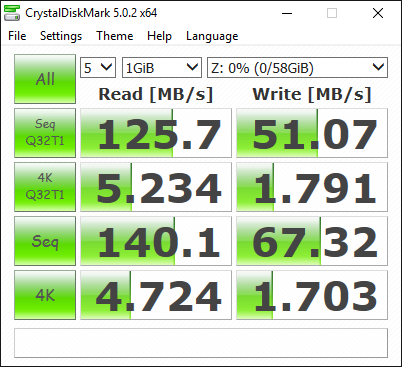 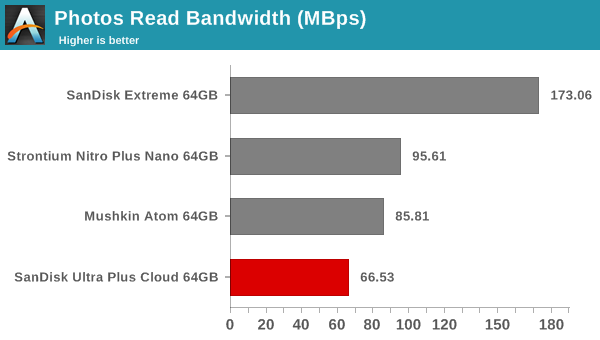 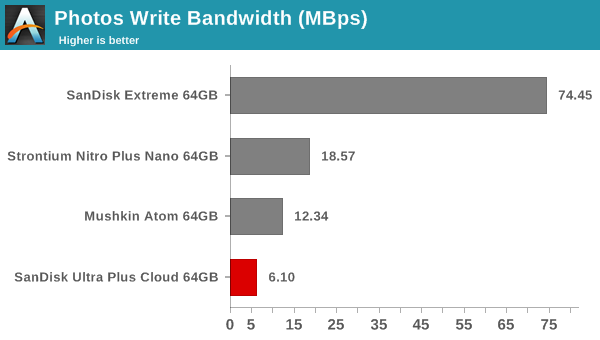 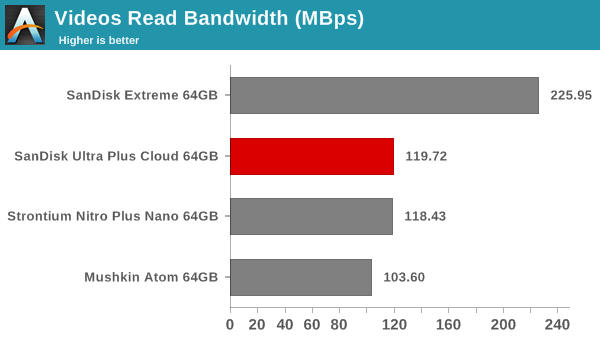 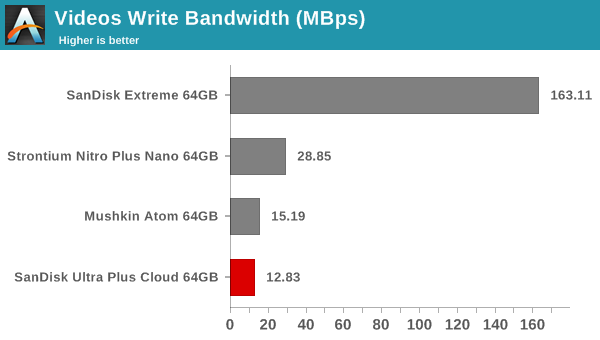 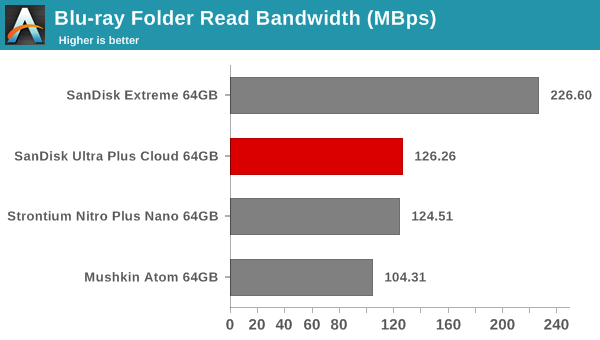 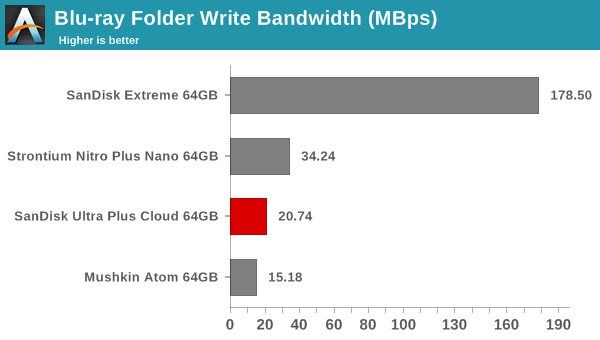 For the second use-case, we have traditionally used PC Mark 8's storage bench. However, our recent update to the benchmark program has rendered comparisons with earlier results invalid. The storage workload involves games as well as multimedia editing applications. The command line version allows us to cherry-pick storage traces to run on a target drive. We chose the following traces.

Yet another interesting aspect of these types of units is performance consistency. Aspects that may influence this include thermal throttling and firmware caps on access rates to avoid overheating or other similar scenarios. This aspect is an important one, as the last thing that users want to see when copying over, say, 50 GB of data to the flash drive, is the transfer rate going to USB 2.0 speeds. In order to identify whether the drive under test suffers from this problem, we instrumented our robocopy DAS benchmark suite to record the flash drive's read and write transfer rates while the robocopy process took place in the background. For supported drives, we also recorded the internal temperature of the drive during the process. The graphs below show the speeds observed during our real-world DAS suite processing. The first three sets of writes and reads correspond to the photos suite. A small gap (for the transfer of the videos suite from the primary drive to the RAM drive) is followed by three sets for the next data set. Another small RAM-drive transfer gap is followed by three sets for the Blu-ray folder.

An important point to note here is that each of the first three blue and green areas correspond to 15.6 GB of writes and reads respectively. Throttling, if any, is apparent within the processing of the photos suite itself. It is evident that there is no throttling at play here. The write transfer rates in the 'Photos' data set is quite low - almost USB 2.0 speeds, though these improve a bit for the larger files in the other data set. The instantaneous spikes to 55 - 60 MBps for UFD writes in the Videos and Blu-ray folder transfers regularly seem to indicate some sort of fast first-level memory (SLC cache, possibly) in the flash drive. 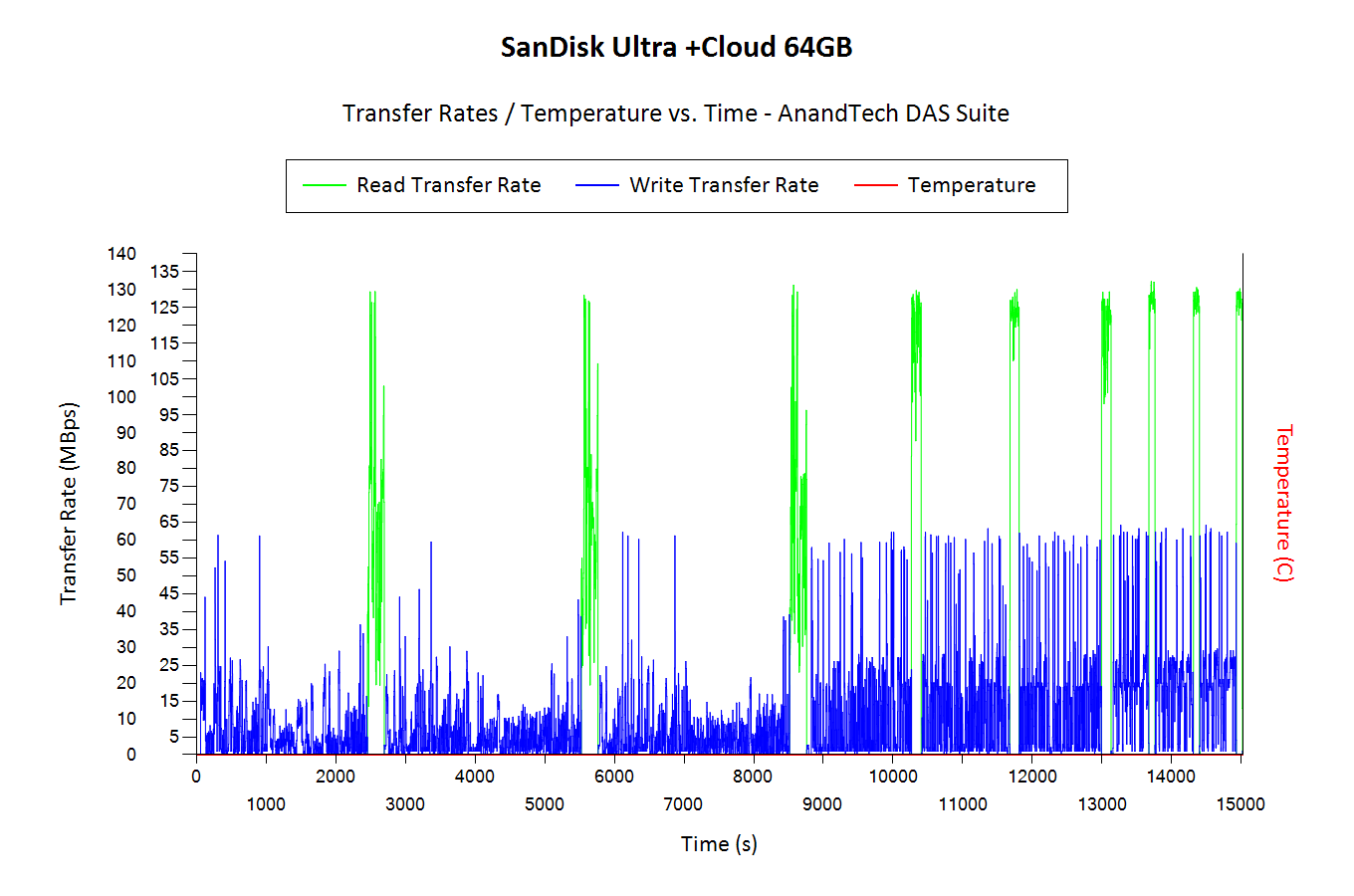