I’ve been running around the Computex show floor all morning and finally managed to build enough of a lead ahead of my meetings to sit down and write up some of what I’ve seen.

Ian is going to be meeting with most of the motherboard makers at the show but I just stopped by ECS’ booth and got a look at its lineup of three Socket-FM1 Llano (A-series APU) motherboards and a Socket-2011 Intel X79 motherboard for use with Sandy Bridge-E due out later this year. 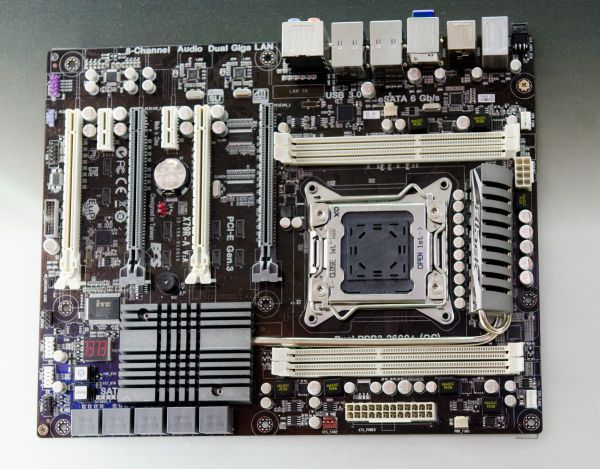 SNB-E has four 64-bit DDR3 memory channels which makes routing a pain. Motherboard manufacturers are dealing with the incredible number of traces by splitting the channels up and routing half of them on one side of the CPU and the other half on the other. LGA-1366 boards by comparison had all six slots on a single side of the CPU, but there were "only" three channels. 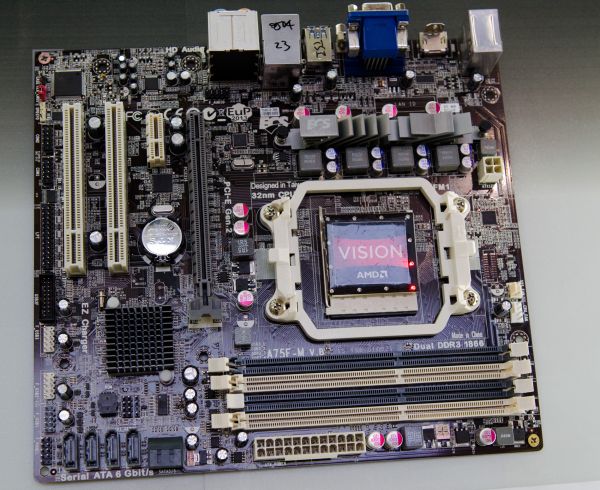 ECS is going to be shipping both ATX and microATX Llano boards later this summer. As I mentioned earlier, Llano will first launch as a quad-core mobile solution with dual-core and desktop versions following later.
Gallery: Computex 2011: ECS X79 and Llano Motherboards
Tweet
PRINT THIS ARTICLE
Comments Locked