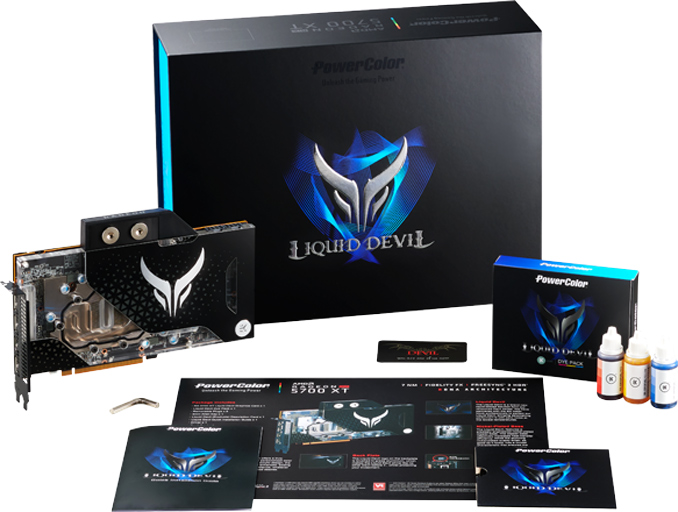 PowerColor has introduced one of the industry’s first custom Radeon RX 5700 XT-based graphics card with a pre-installed water block. The board uses cherry-picked Navi 10 GPUs as well as an enhanced VRM to maximize the board's overclocking potential, something that will be appreciated by those looking for peak performance.

PowerColor’s Liquid Devil 5700 XT (AXRX 5700XT 8GBD6 WDH/OC) relies on a custom 12-layer PCB with a 10-phase digital VRM that uses solid-state coils, DrMOS modules, and high-polymer capacitors to handle over 300 W of power. The card is equipped with a water block designed by EKWB that features a nickel-plated copper base as well as the Liquid Devil logotype. The board has two 8-pin PCIe auxiliary power connectors and the manufacturer recommends that it's used with at least a 700 W PSU. 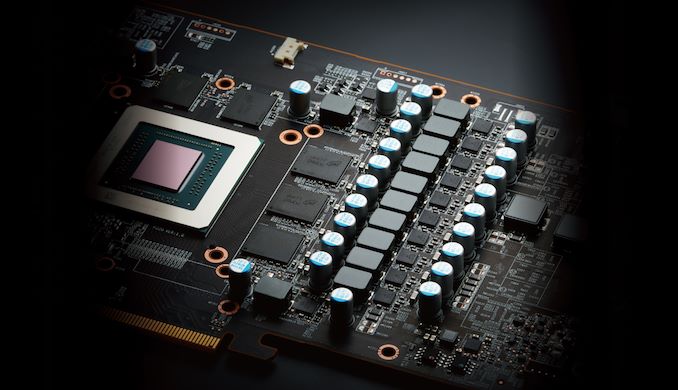 Out of the box, the PowerColor Radeon RX 5700 XT Liquid Devil features GPU boost clock of up to 2070 MHz, the highest frequency of AMD’s Navi XT chip on a commercial card to date. Meanwhile, the key feature of the video card is its overclocking potential which promises to be very high because of the advanced VRM and a liquid cooling system. 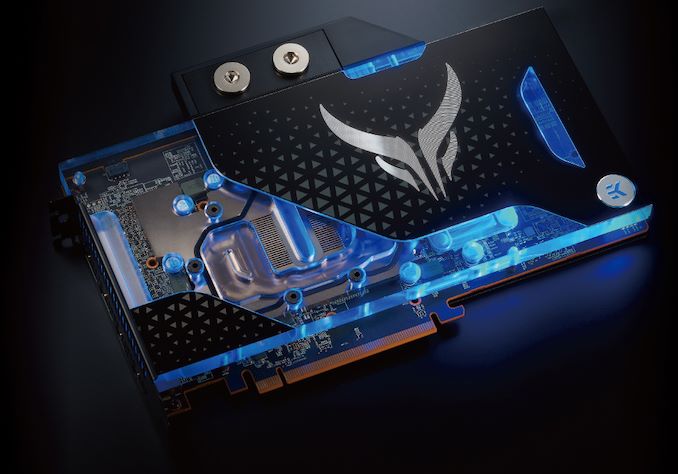 As far as connectivity is concerned, the video card has three DisplayPort 1.4 outputs and an HDMI 2.0 port. 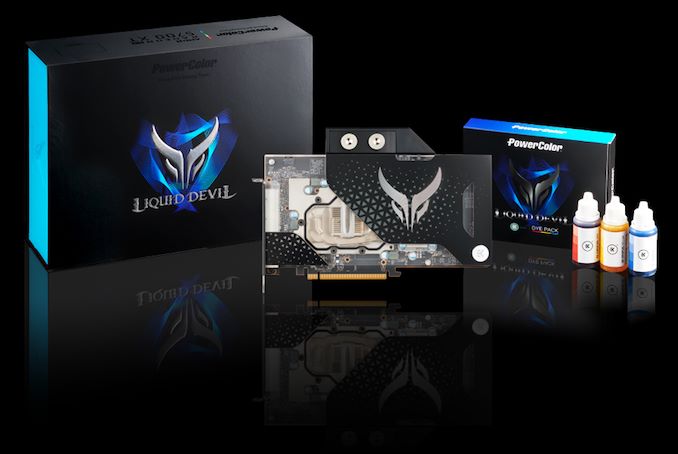