The KM-G3 shares the same aesthetically simple, minimalistic design of many other mechanical keyboards. It features a thin metallic top cover that acts as a support for the mechanical switches, with the keys “floating” over it. The bottom half of the keyboard is made of plastic. AUKEY reduces the size of the keyboard slightly by moving the top row close to the fifth row of the keyboard, eliminating the typical gap between the function and the numeral rows. Only a basic etching of the company’s logo can be found at the top-right edge of the keyboard – there are no special keys, buttons, or wheels present on the KM-G3.

We received the US layout version of the AUKEY KM-G3 RGB. It basically adheres to the 104 keys ANSI layout, with the exception being the lack of a gap between the two top rows. It has a 6.25× Spacebar and seven 1.25× bottom row keys. AUKEY went with a terminal-like bold font for the keycaps, with both the primary and secondary characters printed near the top of the keycap. The company claims that the keycaps are double-shot ABS and it looks like they are but, unfortunately, we cannot verify their durability within the time frame of a review, as it would take months of significant use for the keycaps to start wearing out.

Some advanced functions are accessible via keystroke combinations using the Fn key. Most are simple multimedia functions, but there is a rudimentary macro recording feature available, allowing for the on-the-fly programming of basic keystroke macros. 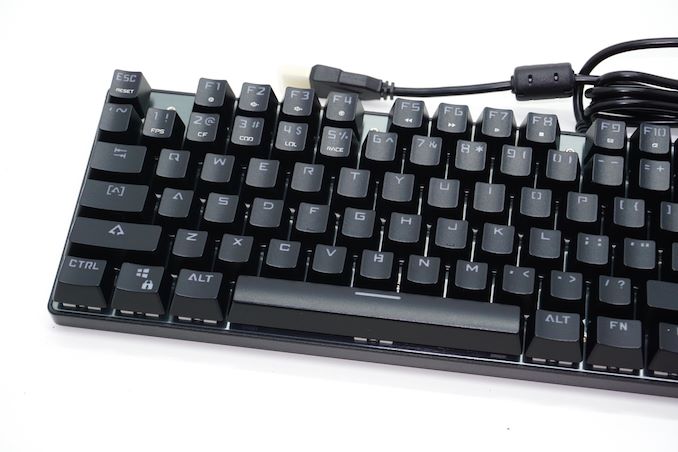 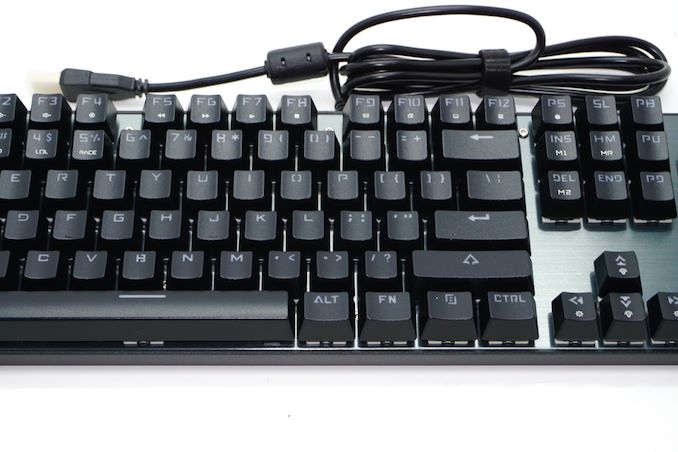 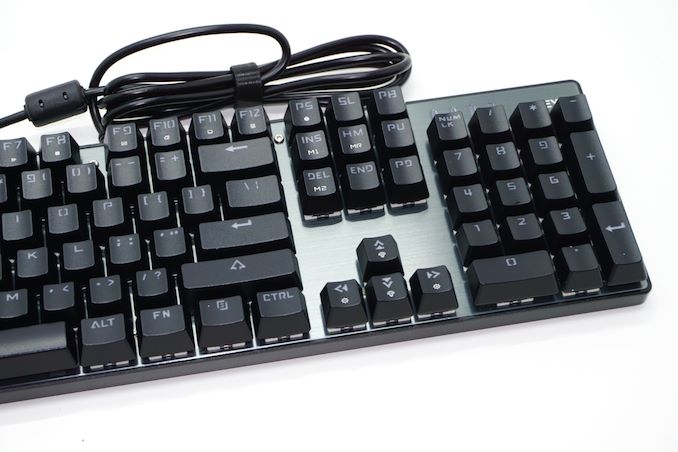 The bottom of the keyboard is simple and plain but there is one thing that does stand out – the very large anti-slip rubber pads and wide tilt adjustment feet. We are unsure why the designer went with such large pads because the keyboard is not unreasonably heavy (if anything, it is relatively lightweight) but there are no practical drawbacks to worry about. 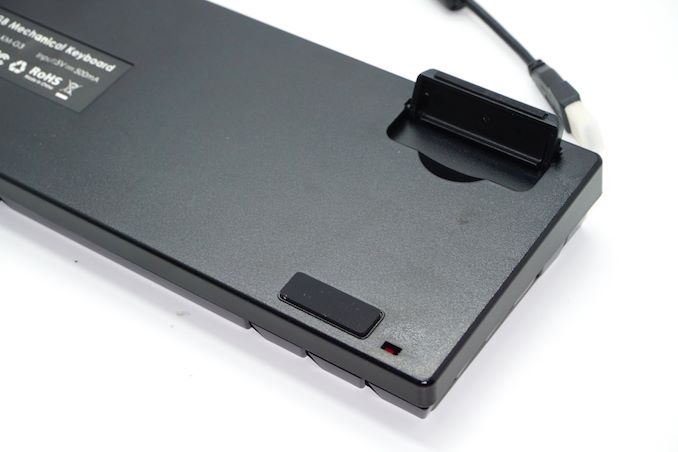 Beneath the keycaps of the AUKEY KM-G3 RGB we found OUTEMU Blue switches. OUTEMU is a Chinese manufacturer that effectively copies Cherry’s products, meaning that the OUTEMU Blue switches are an almost direct clone of Cherry’s tactile MX Blue switch. OUTEMU is also using clear plastic for the switch housing, much like what Cherry does with their RGB switch variants. A noticeable design difference are the side supports of the larger keys, with AUKEY using typical bar-type supports whereas Cherry is using their signature cross-type design. We should note that the use of cross-type supports does not necessarily mean that the keyboard is using genuine Cherry MX switches – we have seen many keyboards adopting Cherry’s support design along with OUTEMU or Kaihl switches. 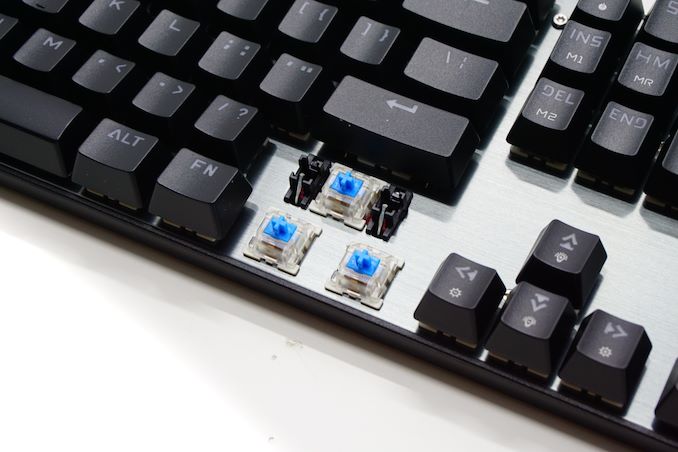 The RGB backlighting of the AUKEY KM-G3 RGB is fairly bright. Although the switches have clear bodies, the lighting is strongly focused to the top of the key and bleeds mostly around the top half of the switch. Unfortunately, the clear body of the OUTEMU switches does little, if anything at all, to evenly diffuse the light around the keycap.

Taking the keyboard apart reveals that the top metal cover of the keyboard actually is very thin and does very little as a mechanical support plate for the keys, as the PCB itself probably is more rigid. The plastic bottom of the keyboard is reinforced and does most of the support work here.

The heart of the AUKEY KM-G3 RGB keyboard is a BYK870 MCU. These microcontrollers are often found in lower cost Chinese-made keyboards and they are a complete mystery, with no information publicly available regarding the controllers or the company – at least not in English. Delving quite a bit deeper reveals that these microcontrollers are fundamentally copies of Sinowealth MCUs, which are mid-performance chips that are also found in low-cost Chinese devices. It is but an 8-bit MCU, which should be good enough for the job considering the rather basic features of the keyboard. 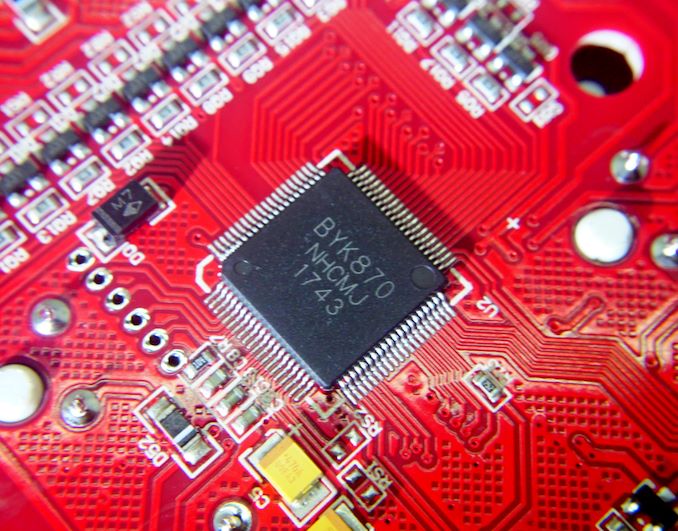