In the midst of all the X570 motherboard reveals at Computex 2019, ASUS has released an updated version of its Prime X299 model, the ASUS Prime X299 Edition 30. This new model celebrates 30 years of ASUS with revamped aesthetics and includes an onboard LiveDash OLED display, triple M.2, Wi-Fi 6, 5 G LAN, and a Thunderbolt 3 port. 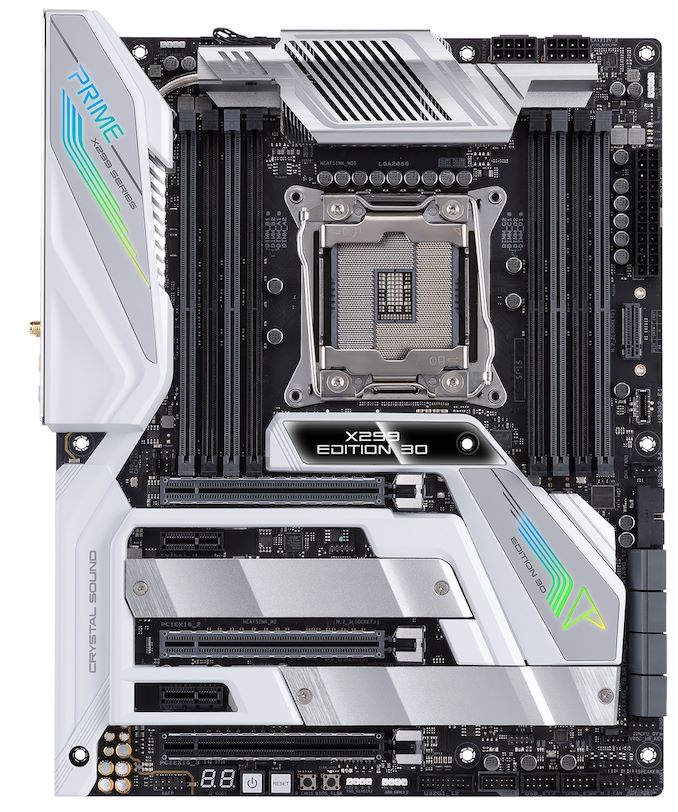 The ASUS Prime X299 Edition 30 comes packed with a whole host of features including three full-length PCIe 3.0 slots operating at x16, x16/x16, and x16/x16/x8 when used with an Intel Skylake-X processor with 44-lanes. With lower spec 28-lane processors, the lanes operate at x16, x16/x8, and the third slot at just x2. On the design, ASUS has gone with a white and silver-toned array of covers and heatsinks, with a new LiveDash OLED display which includes compatibility with Windows Hello, gesture control, and voice input. 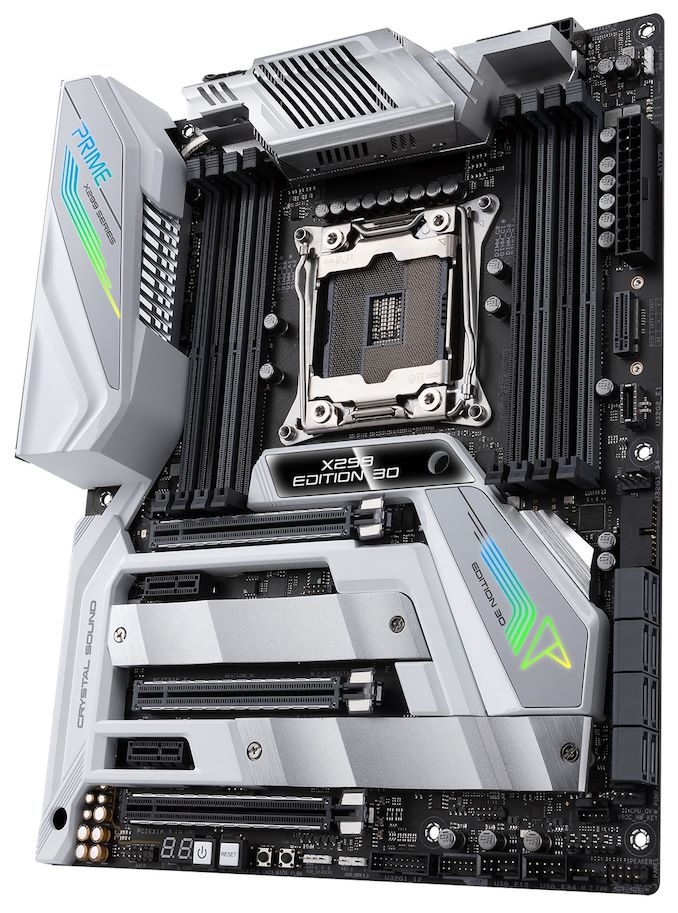 There's a total of three M.2 slots with two inclusive of integrated M.2 heatsinks, while the third is vertically mounted; also present is eight SATA ports and a Thunderbolt 3 port is also featured. The power delivery consists of 16-phases with two 8-pin 12 V ATX CPU power inputs for the enthusiast looking to overclock a supported LGA-2066 processor; the heatsinks look large and robust, with enough to reportedly sustain up to 544 W of heat due to a hidden 40 mm fan. The X299 Prime Edition 30 also has eight memory slots capable of supporting up to DDR4-4266 in quad channel, with a maximum supported capacity of up to 128 GB. 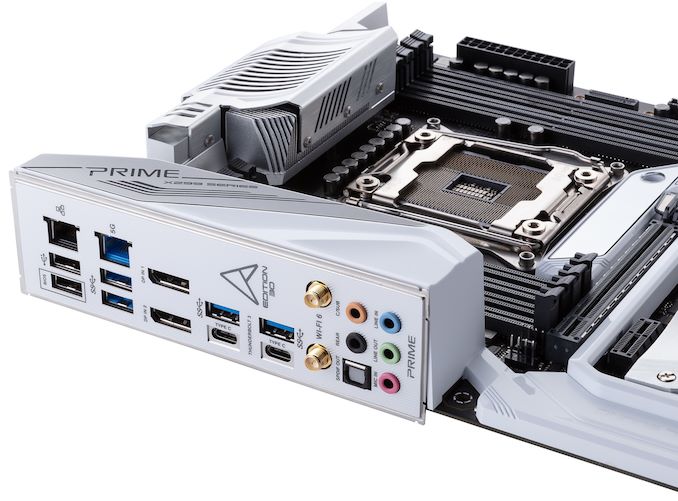 On the rear panel is some of the board's top features, which includes a new Wi-Fi 6 compliant Intel AX200 adapter with 2x2 MU-MIMO capabilities, as well as dual LAN with an Aquantia AQC-111C 5 GbE, and an assisting Intel I219-V 1 GbE port. The pre-installed I/O shield is white and matches up with the boards aesthetic, and has five 3.5 mm audio jacks and S/PDIF optical out powered by a Realtek ALC S1220A HD audio codec; this is supported by Dolby DTS X Ultra.

No information on the price and availability is currently known, but the ASUS X299 Prime Edition 30 will be on display at the ASUS booth during Computex 19, where we may possibly hear some more details.