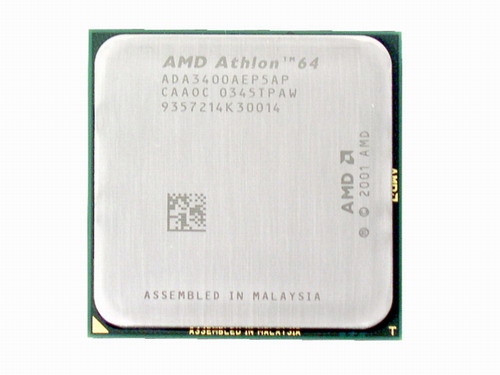 For the third week in a row, we recommend yet another AMD Athlon processor. This time, it's AMD's Hammer series of processor, dubbed the Athlon 64. This choice was probably one of the most difficult of all the choices here today, as both AMD and Intel offer blazingly fast processors for almost exactly the same price at this particular speed grade. However, what finally pushed us over the top was the Athlon 64 3400+'s 64-bit capability. Since all current Pentium 4 processors can only run 32-bit code, AMD's Athlon 64 is unique because it can run 32-bit code just as well the competition in addition to 64-bit code. This will be advantageous to users because later this year, 64-bit compatible applications (for example, video games such as Unreal Tournament) will be released to the public as well as Microsoft's Windows XP 64-bit Edition, which contains support for AMD's Athlon 64 processor. As you may have read right here on AnandTech, we conducted several tests with the preview version of Windows XP 64-bit Edition and were impressed by some of the performance gains that 64-bit computing is able to bring to the desktop. The poor results that we received in other areas with the beta version of Windows XP 64-bit Edition were almost solely due to the fact that we did not have complete drivers. However, by the end of the year, or possibly sooner, this will not be the case because complete drivers and 64-bit applications will be available, and we're likely to see even more performance gains from having a 64-bit processor. 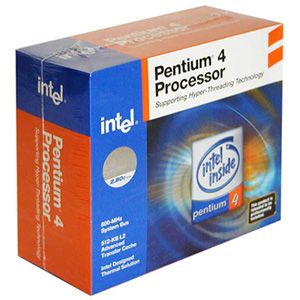 The highest-end version of Intel's Northwood core (the 3.4C) chosen here today came in a close second behind AMD's Athlon 64 3400+. Both offer virtually the same performance in today's applications depending on exactly which applications you use. If you're strictly a desktop user and do a lot of encoding, then you will want to stick to the 3.4C over the 3400+ for now. If you're a gamer, then you should stick to the 3400+ instead of the 3.4C. We suggest that you research for yourself and see which processor fits you best by first reading AnandTech's latest CPU article on this matter. One other advantage of going with a Pentium 4 is Hyper Threading. Hyper Threading can increase performance quite drastically in multi-tasking situations, but is less and less noticeable as clock speed increases. In today's applications, HT offers very little benefit, though future iterations of HT that we haven't tested yet are supposed to be promising.