The three Seasonic PRIME PSUs that we are reviewing today are almost identical physically, sharing the exact same design and proportions. One can only tell the difference between the models from either the sticker with the electrical specification of the PSU that is found at the top of the chassis, or from the number of connectors at the front side of the units. Do note that the chassis is 170 mm long, which is a bit longer than that of a typical ATX PSU and might be incompatible with some cases, especially ultra-compact designs. 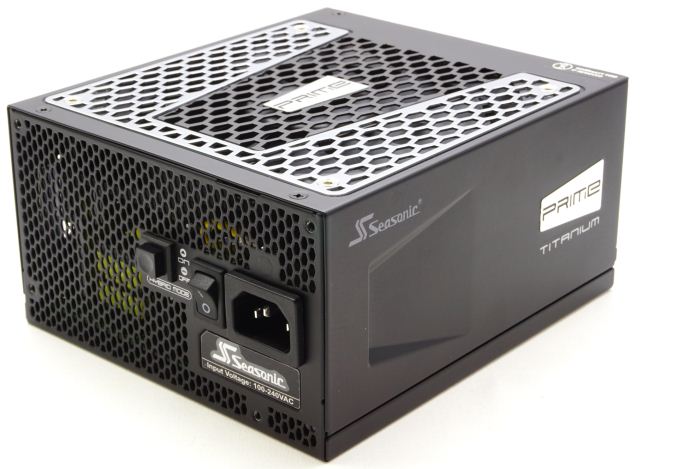 Seasonic is trying to have the PRIME units aesthetically standing out of the crowd mainly by adding chrome parts on the sides and bottom of the chassis. Aesthetics are a subjective matter but we believe that the designer made the PRIME units a bit too shiny, when obviously the concept was to have them looking classy. The sides of the chassis are embossed, with a small vent opening that faces the rear of the unit. These vents are insignificantly small and their direction suggests that they are most likely just decorative elements rather than actual thermal improvements. 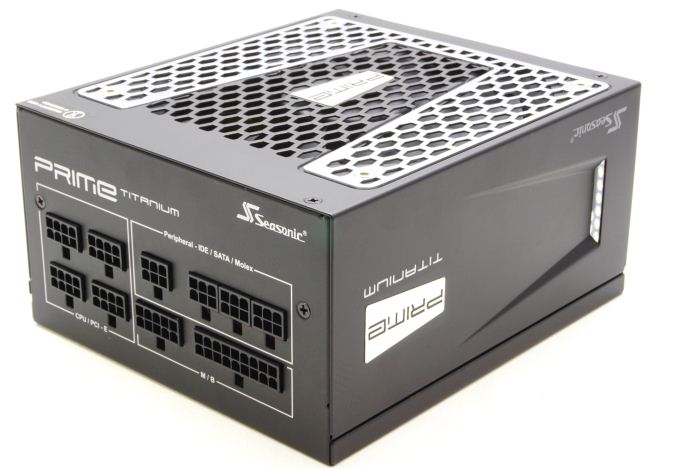 The rear side of the PSUs is perforated, with an elongated honeycomb pattern that has been optimized for reduced air drag (i.e. noise). There is a typical on/off switch next to the AC cable connection, and also a push button that turns the hybrid fan mode on or off. With the setting on, the fan will not start until the thermal control circuit defines that it is necessary for the cooling needs of the unit. 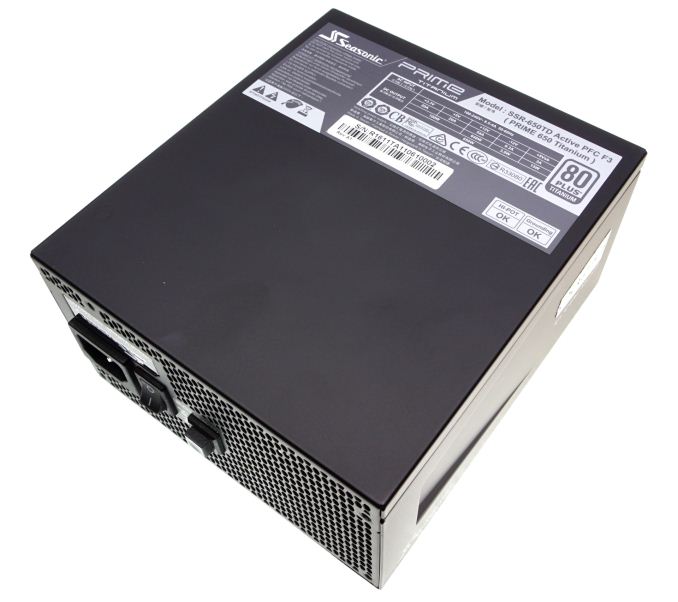 The front side of the PSUs are littered with the numerous connectors for their modular cables. Each unit has a different number of connectors that corresponds exactly to the number of cables they come with. The connectors are grouped into three categories; one just for the ATX cable, one for the Molex/SATA cables and one for the PCI-E and CPU cables. All of the PCI-E/CPU connectors are compatible with both of the CPU and PCI-E cables.

All three of the units that we are reviewing today are using the same exact fan, the Hong Hua HA13525M12F-Z. It initially appears to be a common 135 mm fan but has a fluid dynamic bearing (FDB) engine, which combines the low noise operation of the sleeve bearing with the longevity of ball bearing engines. The fan has a maximum rotational speed of 1800 RPM. 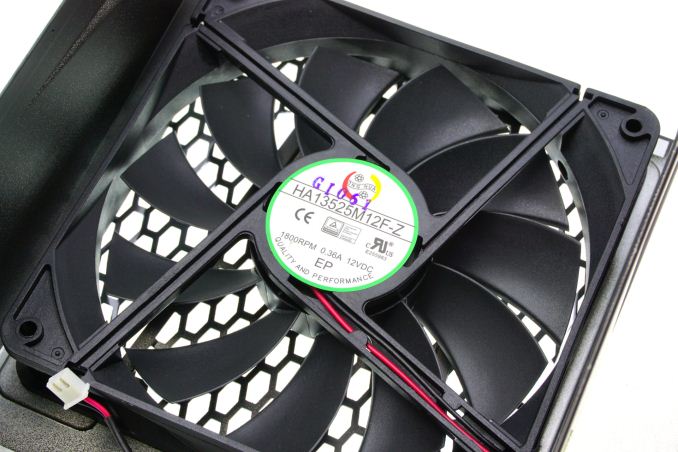 Seasonic is the designer and a manufacturer that actually also supplies their products to other brands, so there is no hidden OEM behind the PRIME Titanium units, they are entirely of their own design and production. The three PRIME Titanium units that we are reviewing today are also sharing the same exact internal design. As a matter of fact: many of the components are identical, with the only actual difference being the rating of some of the primary components. The heatsinks are identical, as are most of the secondary side capacitors. 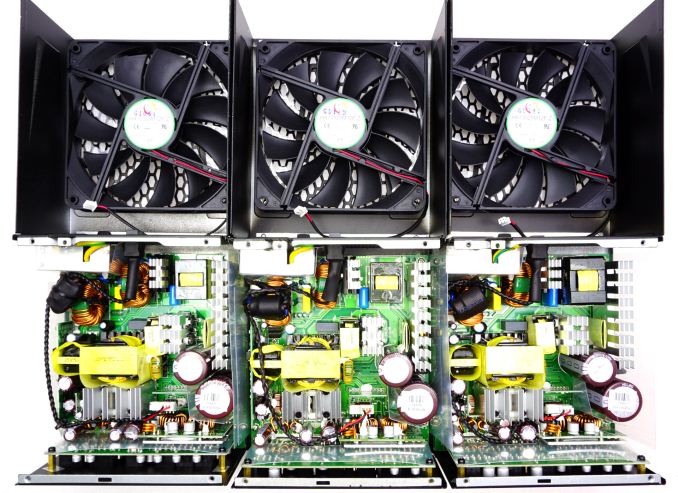 The secondary capacitors are either supplied by Nippon Chemi-Con and Nichicon (Solid state), or Nippon Chemi-Con and Rubycon (electrolytic). The filtering stage also is identical between the three units and consists of six Y capacitors, three X capacitors and two filtering inductors. A surge suppressing MOV is also present. All three units are even using the same two primary conversion bridges, which are comically oversized for the power requirements for any of the three units. The two bridges in each of the units could, in theory, handle up to 4.5kW with a mere 90V AC input. Differences occur with the two APFC capacitors at the primary side: the 650W model is using 2×400V/470μF capacitors, the 750W model one uses 400V/450μF plus one 400V/560μF, and the 850W model uses one 400V/470μF plus one 400V/680μF. 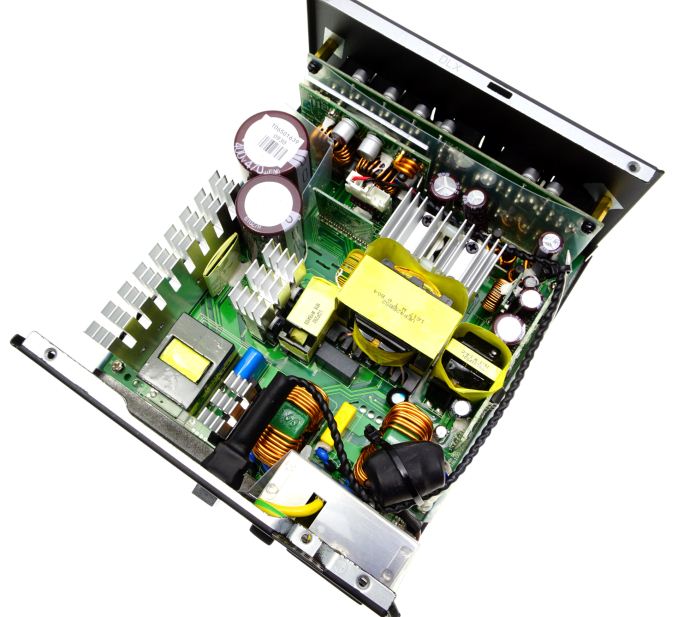 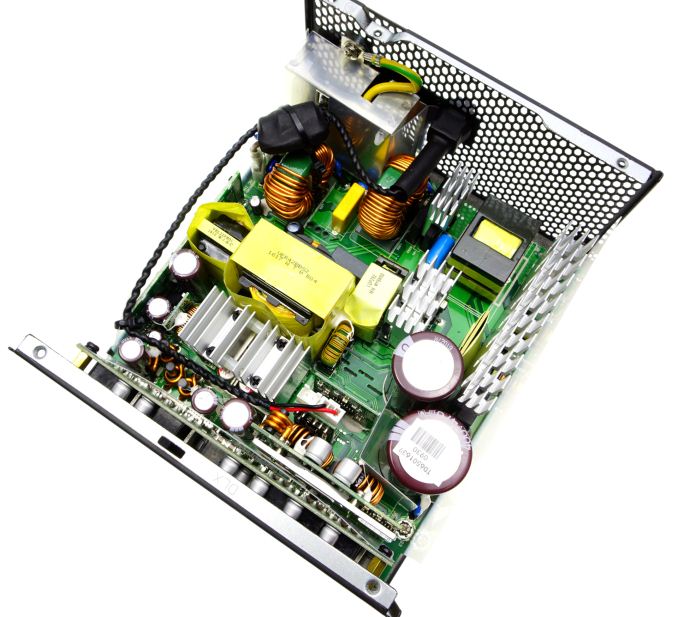 Technologically, the topology of the PRIME units is not alien by any of today’s standards. The primary inversion stage is a full bridge supported by an LLC resonant converter, and the secondary conversion stage is a synchronous rectifier that generates the 12V line, with DC-to-DC circuits for the secondary voltage lines. Seasonic managed to reach 80Plus Titanium efficiency standards simply by the proper selection of high quality active parts that have minimal thermal losses and cooperate well with each other. The flip side of this is the cost, which we will get to later. 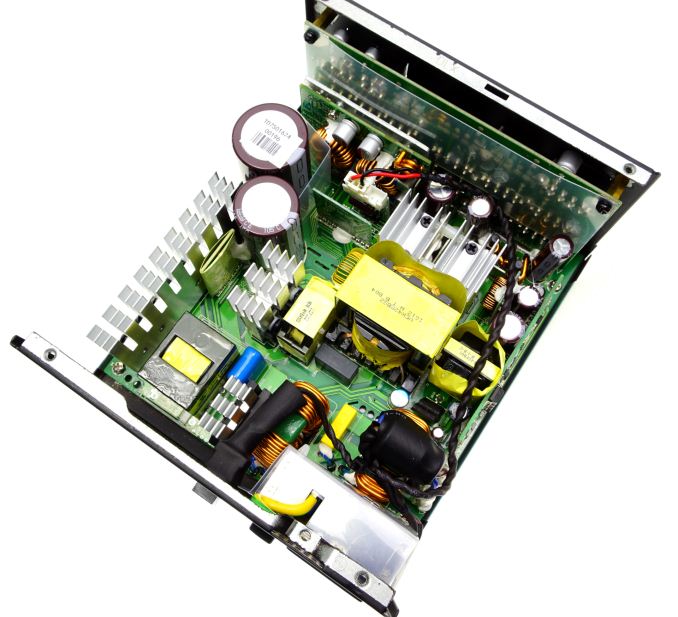 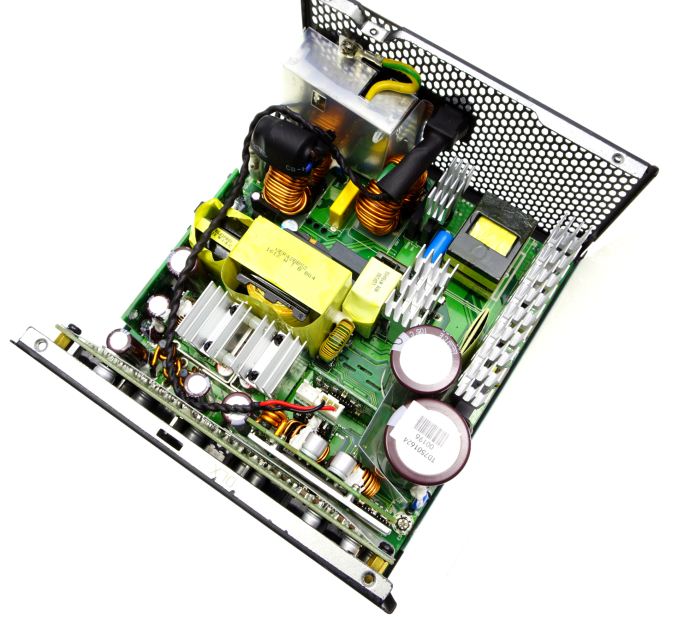 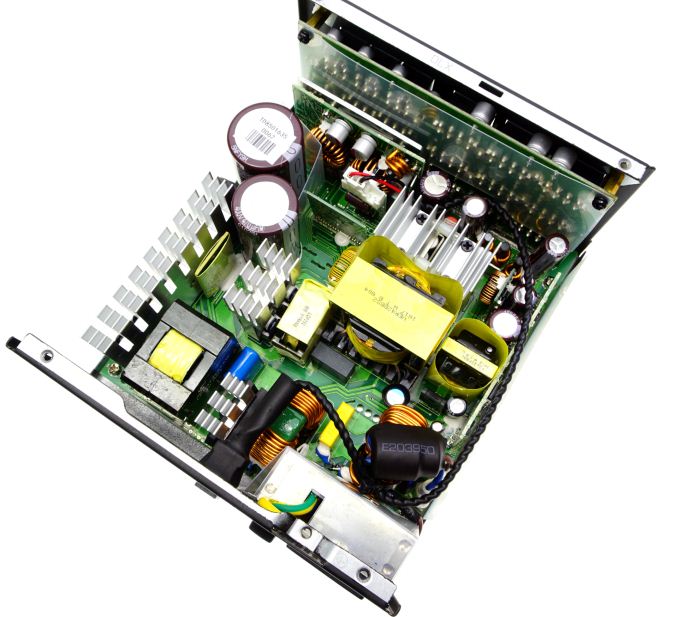 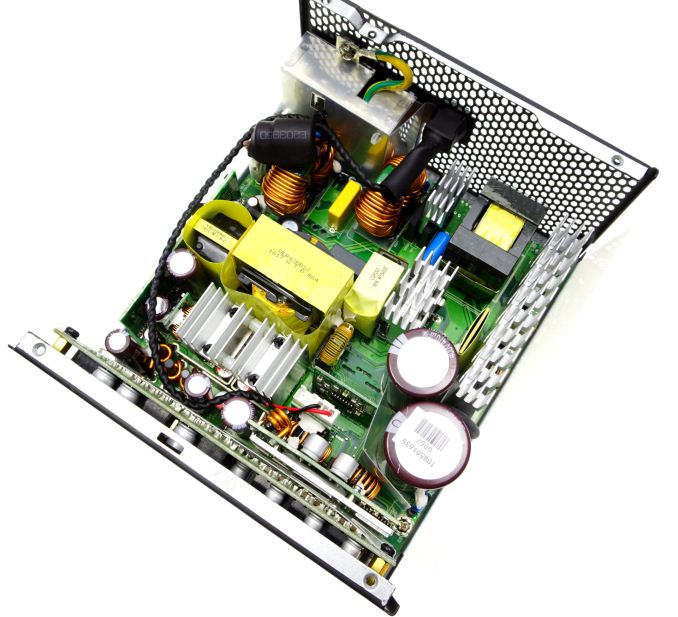